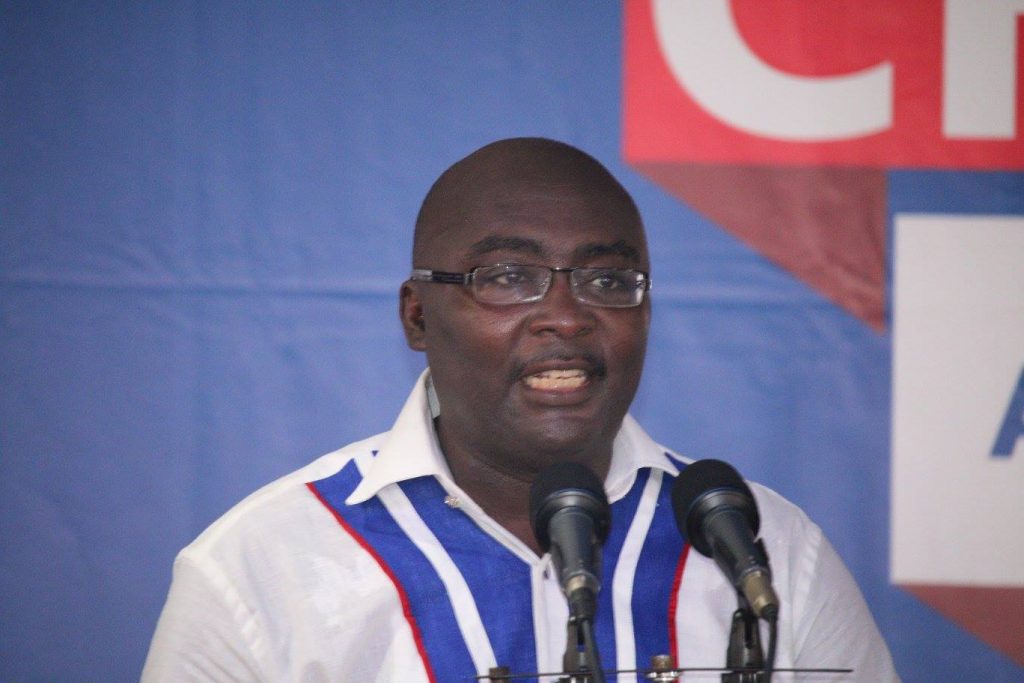 The leadership of the New Patriotic Party (NPP), should be bold and decisive and take the necessary actions to ensure that the Bawumia camp stops its premature, tribal and violent campaign barely four months into the President’s second term mandate.

The leadership of the party has called for an end to the early campaign towards the impending NPP flagbearership position in 2023.

The General Secretary of the party, John Boadu has come out to state that the President has served Ministers with letters, stating that he will not hesitate to sack them campaigning for Flagbearership slots.

It is in the light of these bold approaches from the President and General Secretary, that I call on the party leadership to come out and boldly condemn these various groups parading on the streets of Ghana in the name of Vice President Dr. Bawumia.

Has the party not seen videos of Bawumia team members carrying guns?
Has the Bawumia camp now swtiched from tribal politics to politics of intimidation and violence?

Has the NPP leadership not seen videos in which another group wearing Bawumia T-shirts has paid a visit to the Chief Imam?

These series of actions, clearly confirm that Bawumia groups have thrown caution to the wind and are going against any instructions and directives from the leadership of the party. They are now directly calling the bluff of the NPP party leadership.

Clearly, this is an unfortunate and sad episode of a reckless, damaging premature campaign to divide and destroy the party and distract the agenda of His Excellency the President.

There’s a plethora of evidence, from the social media of supporters wearing Bawumia branded T-shirts openly engaging on the streets individuals and groups in Kumasi and Accra in the name of Dr. Bawumia.

Can Bawumia and his team that work with him at flagstaff house the seat of Government, boldly say again that they are not aware of this development?

In the abundance of such glaring evidence of open disregard for the party’s directives, the silence of the party leadership is a great cause of concern and worry.

Firm and fair leadership is what the National Executives of the party have to demonstrate if they are to keep the unity of the rank and file of the party, which is the most important Ingredient the party needs to win in 2024.

Without this decisive leadership, there’s a clear manifestation of the fact that rules and regulations are applied with fear or favour.

There’s also a huge tendency that other groups might not take the leadership of the party seriously when they come out to give directives.

This will lead to downward spiral where every group will be emboldened to hit the streets and campaign for their preferred Flagbearer hopeful.

Can you imagine such a scenario happening and the resultant effect it will have on the agenda of the President and image of the ruling party?

This pattern and attitude of “See no evil, hear no evil and talk no evil”, is a recipe for disaster for the party.

This is because no individual or group that favour another potential candidate will sit unconcerned and watch the rules unfairly applied to its disadvantage.

The NPP has rules and regulations enshrined in its constitution, but the recent trends and patterns by the uncontrolled Bawumia groups appear to send a message that there is selective application of the laws of the party by those in charge.

The party leadership, shouldn’t be perceived to overlook the negative and harmful actions of one Flagbearership hopeful against the other.

They need as a matter of urgency to stamp their authority on these negative happenings from the Bawumia camp.

The “blind eye” approach, the party has adopted with respect to the early campaign by the Bawumia groups to be specific is a case of a tsunami underneath the sea that can erupt anytime and wipe away all the good the leadership of the party has chalked.

The call for the leadership of the party to take the necessary actions is in order, for sanity and peace to prevail in the party.

The party has a golden opportunity to cure this perception that it’s playing “softball” towards one particular candidate as against the other.

The time to ensure a level playing field for all potential Flagbearership hopefuls is now.
This is the time for action to build faith in the system and structures of the party and leadership is been urged to seize the initiative and to take the bull by the horns and establish law and order.

NB. Views expressed by the writer are solely his and do not represent the position of Kasaoafmonline.com

Ignore campaigns for my Presidency – Bawumia