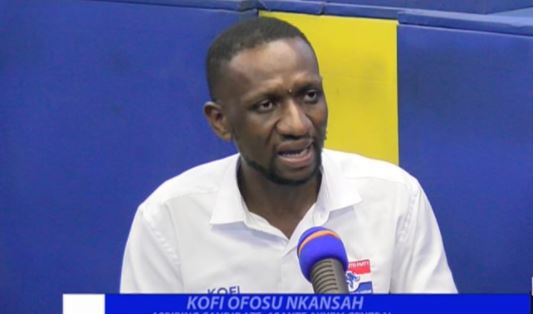 The Managing Director of the Accra Digital Centre, Kofi Ofosu Nkansa says the Akufo-Addo led government took over the Centre from the erstwhile Mahama administration without single equipment available to operationalize the facility.

According to him, the centre at the time it was commissioned by then-President Mahama existed only in name and could not be operationalized because there was no plan in place to run the facility.

Ex-President John Mahama had previously stated that as part of his infrastructure drive the Accra Digital centre was fully completed and commissioned by his good self before he exited power in 2016.

“The Accra Digital Centre you just asked me, I commissioned it, there was a whole ceremony during which I commissioned the facility. I went on a tour in the company of the media,” he told Kofi Adoma in an interview.

However, in an interview on Oman FM monitored by Kasapafmonline.com, on Thursday, April 22, 2021, Kofi Ofosu Nkansa stated that not even a single computer was available at he took office.

“As I speak today, we have a fully equipped tech lab where students are taught. We have a creative space in the facility, we have an innovation hub. When you enter the centre you’ll realize that you’ve entered a mini technology park where the youth are trained.

“Before we (NPP) took over the facility, there was nothing of this sort. I believe the NDC just before the commissioning of the facility went out and rented equipment. So on the commissioning day, they got some computers, projectors and furniture. But right after the event, all these things were taken out of the facility. So when we took over the Accra Digital Centre, it existed only in name with empty spaces. We began operationalizing it, Our logo, mission statement, vision, Key performance index, all the paperwork, plans and strategy were done when we took over.”

Kofi Ofosu Nkansa stated: I’m not sure they (Mahama administration) knew what they wanted to do with the facility because there was no vision for it. I think they would have rented it out to an estate manager to rent out the facility to interested persons.