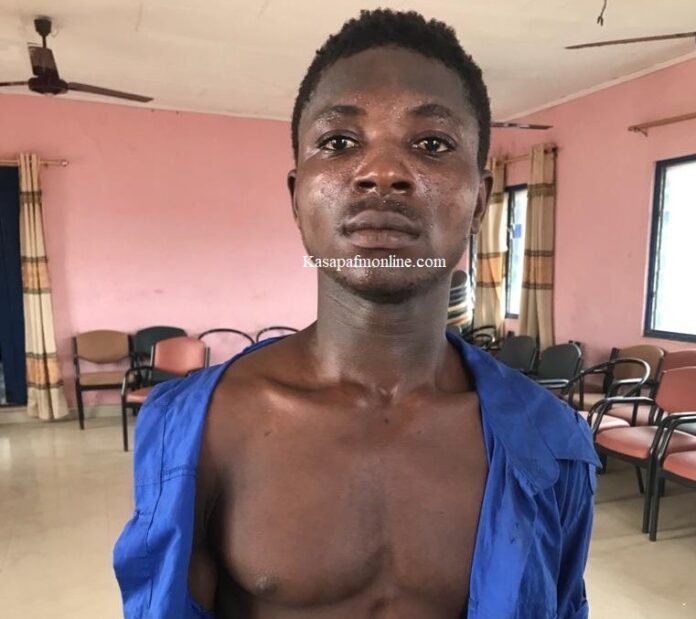 Police in Obuasi have arrested 21-year-old Emmanuel Adjei for killing a 4-year-old boy at Boete in the Obuasi East district of the Ashanti region.

The suspects claimed the deceased and his mother have been tormenting his life spiritually for some time now, hence his decision to end the life of the child to gain spiritual freedom.

Ultimate FM’s Isaac Justice Bediako reports that the development has thrown the Boete Community into a state of shock and mourning.

Mother of the deceased Obaa Yaa narrates that in the early hours of Thursday 29th April, 2021, she left home to buy porridge for his son who was bathing.

She explained, when she returned a few minutes later his son was nowhere to be found. several hours of search was conducted but there was no trace to locate the deceased.

Later a tenant in the house hinted to the mother of the deceased that she saw Emmanuel Adjei struggle with his child while she was passing in a form of playing.

This compelled the community members to break into the suspect’s bedroom and to the shock of their lives, the lifeless body of the boy was found under the bed of the suspect naked in a pool of blood.

Suspect Emmanuel Adjei who was arrested by the police has admitted to the offense of committing murder.

The suspect claims the deceased and her mother have been tormenting him spiritually hence a decision to terminate the life of the innocent child.