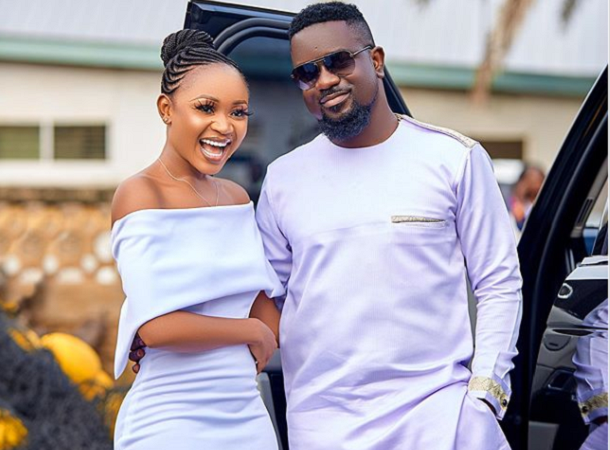 Ghanaian rapper Sarkodie has joined the campaign to get Ghanaian socialite Akuapem Poloo freed following her being convicted by a court on Thursday after she published a naked picture of herself with her son.

Social media users have been enraged over the development with many describing it as injustice, as they claim known criminals are freely walking on the streets.

Sarkodie reacting to the Akuapem Poloo conviction saga in a tweet apologised on behalf of the video vixen and pleaded with the court to temper justice with mercy saying “it’s a little harsh to separate a child from the mum just because of pictures taken”.

In the tweet, he wrote; “I think it’s a little harsh to separate a child from the mum just because of pictures taken … would want to plead with the law to pardon our sister Folded hands #FreeAkuapemPoloo”

Actress Rosemond Brown popularly known as Akuapem Poloo has been convicted on her own plea by the Circuit Court in Accra.

Akuapem Polo who has been charged with publication of nude pictures with her seven-year-old son earlier pleaded not guilty when she was first arraigned, but changed her plea on Wednesday.

In Court today, the accused person pleaded guilty to all three charges and was convicted on her own plea by the court presided over by Her Honour Christina Cann.

EIB Network’s Court Correspondent Murtala Inusah reports that the court has deferred her sentencing to Friday, April 16, 2021, for her to undergo a pregnancy test in compliance with the law regarding a woman who has pleaded guilty in court.

She has however been remanded into custody for the prosecution to take her to any Government hospital to conduct the pregnancy test.

When asked by the court if she still stands by her change of plea, she said yes, before she was remanded.

The Circuit Court however admitted her to bail in the sum of GHc100,000 with four sureties.

Two of the sureties are to be justified with landed property worth same amount.

In addition to the bail conditions, the court said the title deed of the property, should be deposited at the court’s Registry pending the final determination of the matter.

This was after her then lawyer Philip Kofi Bekoe had prayed the court to admit her to bail on grounds she is a well-known person. He said his client has people of substance who would stand as sureties when granted bail.

The prosecution did not oppose the bail application.