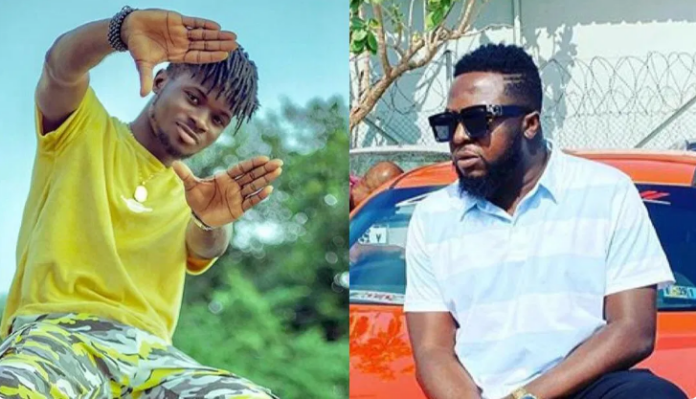 Ghanaian Musician, Guru has advised young sensation, Kwami Eugene to focus on activities that will better his lots rather than engaging in unnecessary banter that would not give him any monetary gain.

According to Guru, this is the time for Kwami Eugene to make good money as Ghana’s reigning artist, saying it’s regrettable to see the young musician failing to capitalize on that and cashing in on his glory.

“It is hard to say, I will lie about certain things and this is what I want him to do, focus on cashing in, get your money. You don’t need hype; you don’t need trend,” Guru stated on Starr Chat with Nana Aba Anamoah on Starr FM Wednesday.

Guru continued that “now you are the artist of the moment. Take it and make good use of it. It is like you are on top for four years or ten years, by all means someone will emerge. So if you are not focused on cashing in and having this beef issues with some of us and throwing shades at some of us, you’re wasting your time.”

Guru had claimed Lynx Entertainment Boss, Richie Mensah turned down his request for collaborations with Lynx signees Kuami Eugene and KiDi because he had some resentment over his (Guru’s) feature on Obrafour’s song Kasiebo, which took a swipe at the Lynx boss and rapper Okyeame Kwame.

Kuami Eugene, waded into the controversy insisting Guru could not disrespect his boss and later come begging for a collaboration.

According to him, as a member of the Lynx family, anything he does goes through them and he expects that the people in charge of his label are respected.

“Guru did not use the right channel. You want to feature me but you go to media houses to insult the man who made me. I wouldn’t have been Kuami Eugene but for Richie so I expect that respect is accorded him no matter the differences that exist. I am under Lynx Entertainment and any song I produce needs to go through them,” he stated in the interview on Adom TV.

However, Guru during his interview on Star Chat advised that beef destroys talent and it is prudent people desist from it and rather make the best for themselves.

“With beef you wouldn’t get there, you will be stepping on people and they will come at you,” he reiterated.