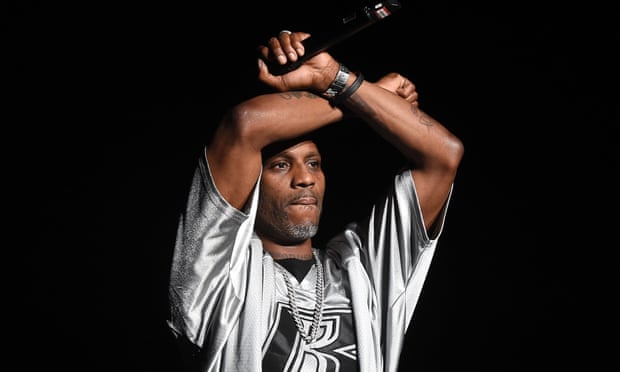 DMX, the New York rapper whose gruff tone electrified the US music scene in the late 1990s, has died aged 50.

The star, whose real name was Earl Simmons, was hospitalised after a heart attack on 2 April, and had been placed in a critical care unit at White Plains hospital, New York. His family had organised a prayer vigil outside, which took place on Monday.

“Earl was a warrior who fought till the very end,” a statement from his family read. “He loved his family with all of his heart and we cherish the times we spent with him. Earl’s music inspired countless fans across the world and his iconic legacy will live on forever. We appreciate all of the love and support during this incredibly difficult time.”

His label Def Jam Records wrote: “DMX was a brilliant artist and an inspiration to millions around the world. His message of triumph over struggle, his search for the light out of darkness, his pursuit of truth and grace brought us closer to our own humanity. Our thoughts and prayers are with his family and all those who loved him and were touched by him.”

DMX scored five US No 1 albums, featuring hip-hop anthems such as Party Up (Up in Here), What’s My Name? and X Gon’ Give It to Ya. With his gripping tales of crime and rivalry, peppered with energetic ad-libs and frank lyrics about his own psychology, he was credited with bringing fresh storytelling and rawness to the “gangsta rap” scene of the 1990s.

Simmons was born in the New York suburb of Mount Vernon in 1970, and was partially raised in children’s homes after suffering physical abuse by his mother. He took his stage name from an Oberheim DMX drum machine in one of the homes.

He spent time in juvenile detention centre, and then prison as an adult, for a series of crimes including carjacking – “jail was a playground,” he later said – at the same time as he began honing his rap career. A 1992 deal with Columbia Records faltered, but he later signed with Def Jam, who released his debut single Get at Me Dog in 1998.

It began a period of major success, that included a much-admired performance in front of an estimated 200,000 people at the notorious Woodstock festival in 1999.

His first two albums – It’s Dark and Hell Is Hot, and Flesh of My Flesh, Blood of My Blood – were released in 1998 and quickly went multi-platinum, made him the first living rapper to release two No 1 albums in the same year. With 2003 album Grand Champ, he became the first artist to score five US No 1s with their first five albums.

He was nominated for three Grammy awards, including best rap album for 2001’s …And Then There Was X, and guested on tracks by Jay-Z, Aaliyah, LL Cool J and more.

As he continued to release music, he began an acting career in 1998, heading up the crime drama Belly alongside hip-hop stars including Nas and Method Man.

He found success playing leads in two thrillers by the Polish director Andrzej Bartkowiak: Exit Wounds (2000) with Steven Seagal, and Cradle 2 the Grave (2003) with Jet Li, with whom he also starred in Romeo Must Die (2000). Further roles came alongside actors such as Kris Kristofferson and Michael Madsen, and he appeared as himself in the 2014 Chris Rock film Top Five.

Amid his success, he had a fractious personal life, struggling with drug use that began aged 14, and committing further crimes. During the 2000s he was given minor sentences for convictions including animal cruelty, drug possession and various driving charges, and spent short periods in prison, including for parole violations.

In 2015, he was sentenced to six months in prison for failing to pay child support. Simmons fathered 15 children, with the most recent, Exodus, born in 2016. In 2018, he served a year-long sentence for tax evasion.

During a jail term in 2010, he was moved to a mental health unit. At his original sentencing, the judge had said she believed he had an undiagnosed bipolar disorder. Simmons never announced a diagnosis, but referred to having multiple personalities, including in 2020 when he said: “There’s a few things, a few people in me – they get me through life.” In 2011, he said: “I used to be really clear on who was what and what characteristics each personality had, but I don’t know at this point.”

He visited drug rehabilitation facilities numerous times, most recently in 2019 when he cancelled tour dates, citing an “ongoing commitment to putting family and sobriety first”.

He released seven studio albums in all, the most recent being Undisputed in 2012. A further album, Redemption of the Beast, was released in 2015, but was unauthorised by Simmons.

In 2019, producer Swizz Beatz announced that Simmons had a signed a new deal with Def Jam, and was working on a new album. In 2020, he engaged in a rap battle with Snoop Dogg for the popular online series Verzuz, with more than 500,000 viewers.

Viola Davis was among those paying tribute, writing: “I pray for the comfort of your children and loved ones.” Halle Berry wrote: “His gift meant so much to so many.”