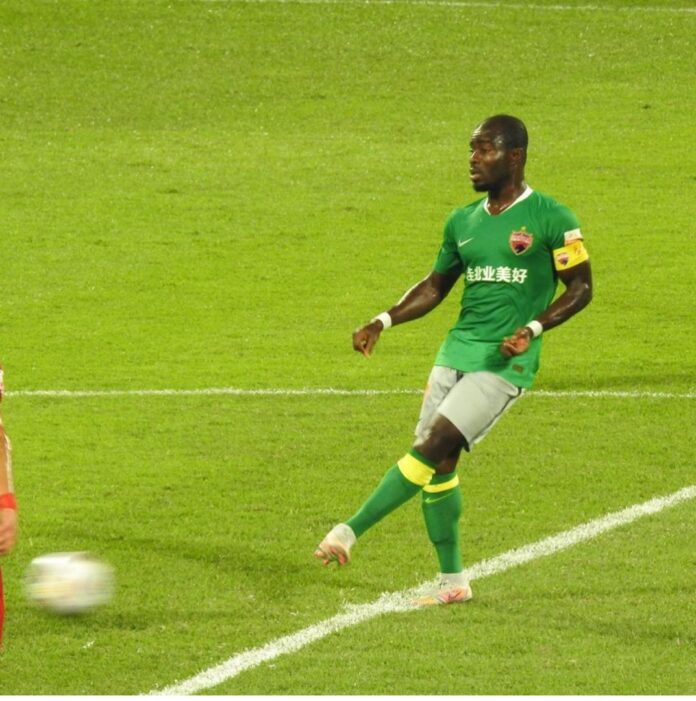 Ghana forward Frank Acheampong scored on his debut for Chinese top-flight side Shenzhen FC on Wednesday in the league game against Henan Songshan Longmen.

The former Anderlecht player, opened the scoring after 21 minutes into the game as Shenzhen FC picked a 2-1 away win over Henan Songshan Longmen.

Mohamed Buya Turay restored parity for the home side before Alan Kardec got the match-winner for the visitors in the 54th minute.

Shenzhen captain Gao Lin handed his armband to the Ghanaian star to lead the team for the league opener after he opted to stay and play in the league than rather traveling to Ghana for his late Mum’s funeral.

Acheampong’s mother passed away days before the club unveiled him for the 2021 season, the full 90 minutes of the game.

Meanwhile, his countryman Mubarak Wakaso was introduced into the game in the 76th minute but got booked seven minutes from regulation time.

The sprinter, spent three years at Tianjin Teda where he impressed heavily, scoring 34 goals on 86 appearances.