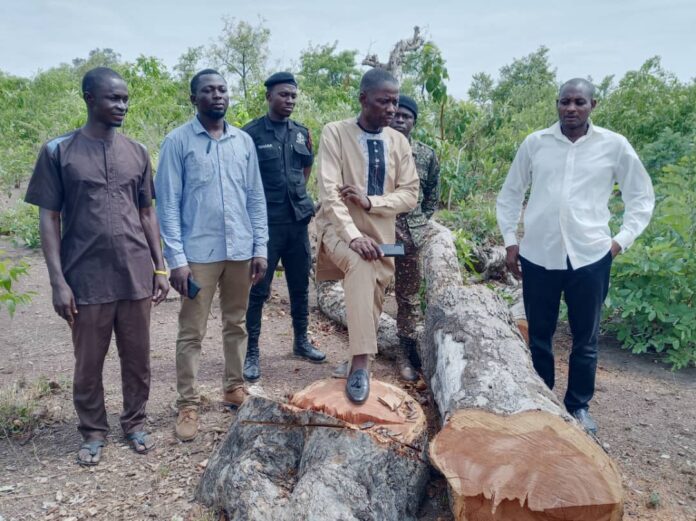 Member of Parliament for Wa West Supt Rtd Peter Lanchene Toobu has admonished Chiefs and residents in the district that engage in the illegal logging of rosewood trees to stop the nefarious act.

Supt Rtd Peter Lanchene Toobu made the call at Dorimon when he led a team of security personnel and assembly members to have first-hand knowledge and information about the illegal felling of rosewood trees in the district.

The MP said the area is affected by climate change which has resulted in inadequate rainfall and appealed to Chiefs and residents in the district to stop the illegal cutting of trees to help salvage the fragile environment of the area from adverse devastation.

Supt Rtd Peter Lanchene Toobu urged the security in the district to be vigilant to help curb the act.

The Wa West District has been in the news for bad reasons for the past three weeks over the illegal felling of rosewood trees at various communities in the area.

Last week, the Mini Ghana Project, a development initiative by the Member of Parliament with its Chieftancy and Traditional affairs portfolio met with the Paramount Chief of Wechiau and sub Chiefs to find a lasting solution to the problem.

The Chiefs assured Members of the Mini Ghana project and Security personnel of their support to end the menace in the district.