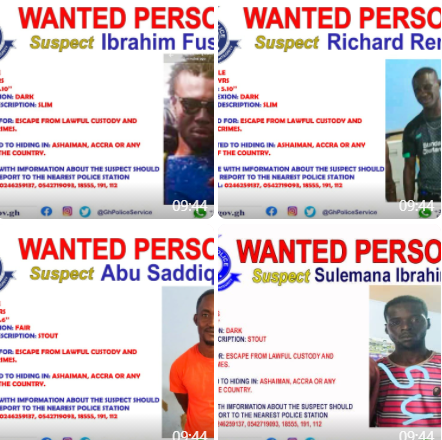 Seven out of twelve suspects who were in the custody of the Zenu-Atadeka District Police and escaped from Police cells have been re-arrested.

Three of the cell breakers were nabbed on the day of the incident, Sunday, April 4, 2021, at their hideout at Kubekrom Number Two while the others were arrested in separate operations in Juapong on April 6, 2021.

The seventh suspect, Sumaila Karim, 21 surrendered himself to the police on April 8, 2021.

The Acting Public Relations Officer of the Tema Regional Police Command, Chief Inspector Stella Dede Dzakpasu disclosed that six of them have been convicted by the Ashaiman Circuit Court on their own plea on charges related to their escape from lawful custody. 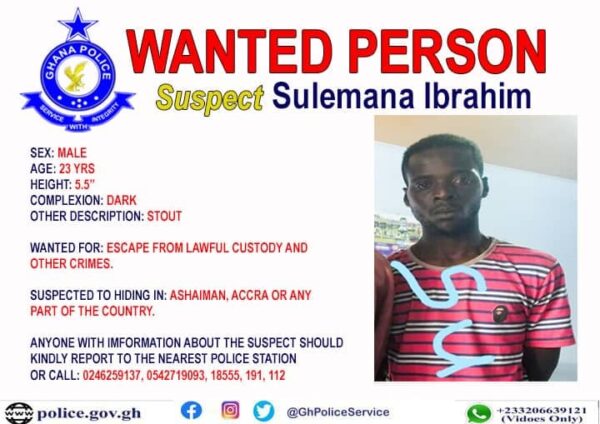 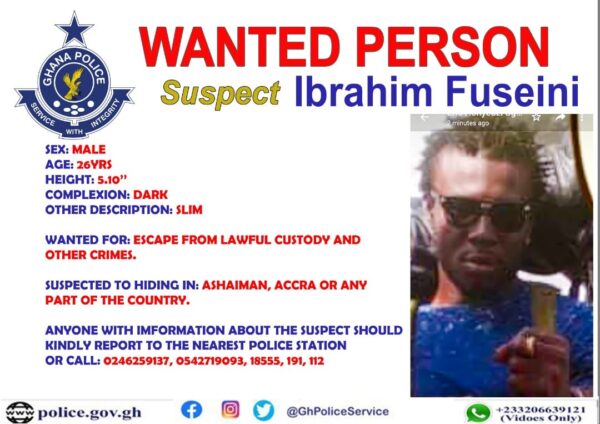 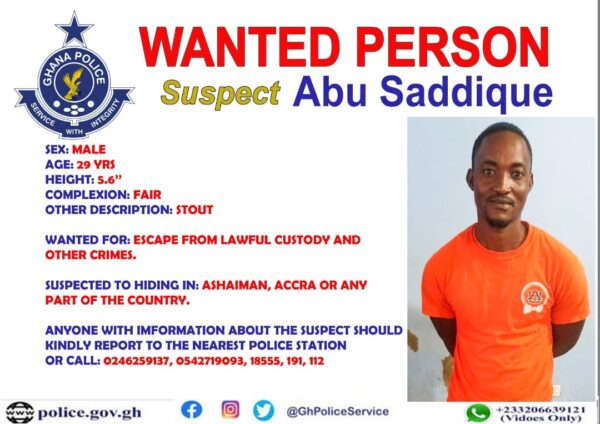 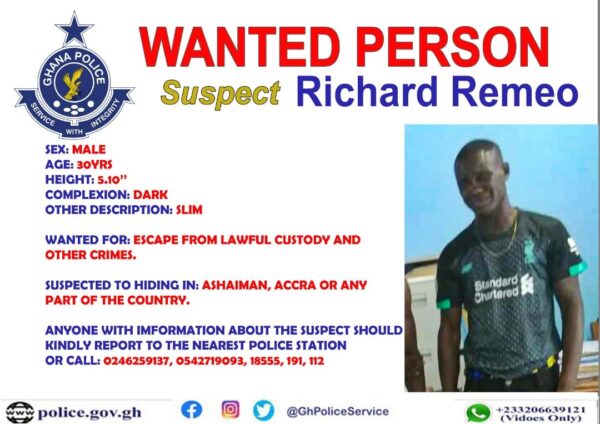