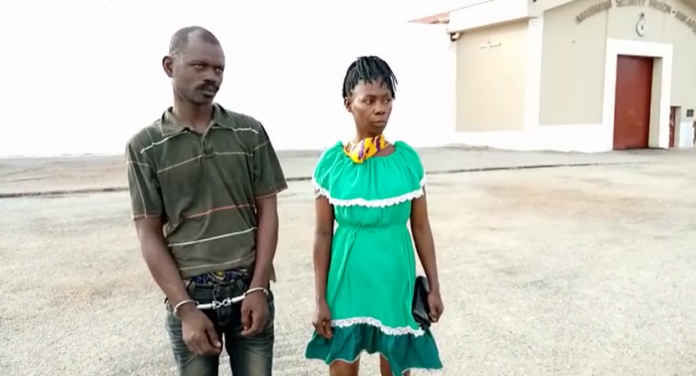 Two persons have been arrested by the Cape Coast Police in the Central region for attempting to smuggle cocaine and Indian hemp into Ankaful prison.

Reports by EIB Central Regional Correspondent Yaw Boagyan revealed that the two suspects, a male, and a female were allegedly sent to deliver food to a prisoner who is in the Ankaful prisons.

The two, John Mensah and Margaret Amponsah have denied their complicity in the case insisting they were unaware of the contents of the delivery. 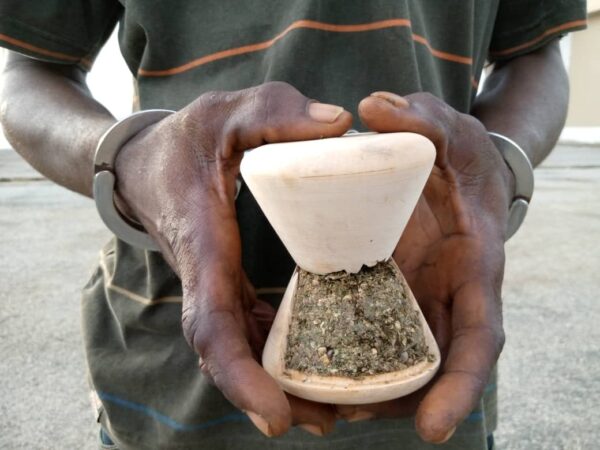 Madam Margaret Amponsah revealed that she was sent by one Desmond Asamoah, who’s the husband, adding that was not the first time she’d been sent to deliver items to the inmates.

She claimed she was directed to give the parcel to one John Mensah at Pedu Junction, who’ll subsequently forward the delivery to the prisoners.

But upon search, at the prison yard, the warders found 4 mobile phones hidden in the a Ghana Must Go bag and the parcel of narcotic drugs, and quantities of dried leaves suspected to be Indian hemp wrapped around earthenware pestle.

Her accomplice, John Mensah said he just had a call to meet the woman to take delivery of the items and give them to the prisoners but had no knowledge of the narcotics drugs allegedly being trafficked.

The two were handed to the police to assist with investigations.

However, the main suspect, Desmond Asamoah allegedly collapsed and was rushed to Cape Coast Government Hospital for treatment following an arrest by the Police.

Police say he’ll be arrested soon after he has been discharged from the hospital.

Man, 24, beaten to pulp by mob for stealing wee