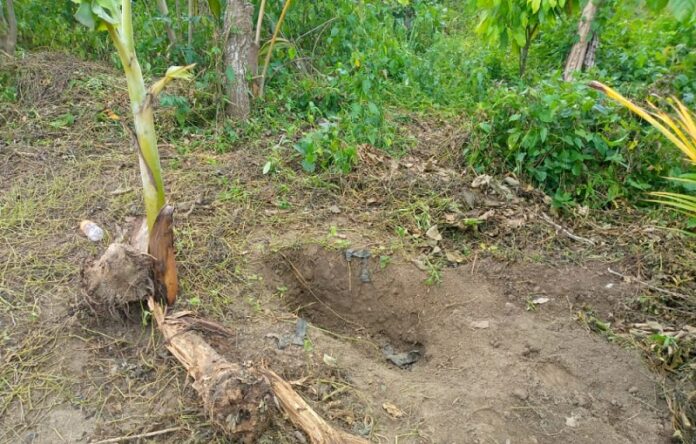 A couple has been arrested by Breman Asikuma Police Command in the Central Region for allegedly burying their two-year-old son who’s a sickle cell patient alive.

A female Pastor who advised the parents to bury the boy near a river in the town has gone into hiding as police hunt for her.

Speaking to Kasapa News Yaw Boagyan, an eyewitness Abubakar Mohammed said he was asleep on Friday Midnight around 12:00am when he heard some people talking so he quickly ran to his window and saw two people including the pastor doing something fishy in the dark.

Alarmed by what he’d seen he rushed to the spot at daybreak and found out that the baby had been buried.

A report was made to the police who arrested the couple who are currently assisting in investigations.

According to the family spokesperson, Justice Bonnam the parents always complained that the child had made life difficult for them and once heard them planning to kill the child to end their suffering.

He said he was shocked that the couple actually carried out their diabolical plan on Friday at midnight.

He called for the law to deal ruthlessly with the suspects to serve as a deterrent for other people.