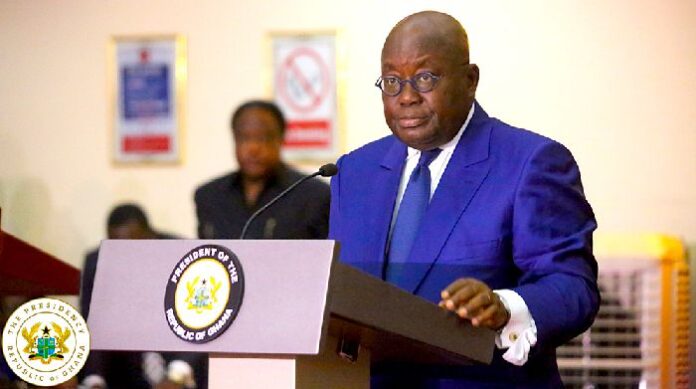 Some prominent chiefs in the Suhum Municipality have registered their displeasure over the lack of development in the area.

According to the chiefs, to forestall unnecessary acrimony between Municipal Chief Executives (MCE) and the people, President Nana Akufo-Addo should consider engaging chiefs before nominating a candidate in his second term of office.

Speaking to the media over the weekend, Nana Obeng Kofi, Suhum Akyeamehene, bemoaned the lack of potable water and good roads among other social amenities.

“Suhum roads are not good at all, we need development, the President should engage the chiefs so that the right person will be selected as MCE,” he appealed.

On his part, Nana Adi Agyemfra, Akuapemfohene, Ayekokye, also complained about the nature of roads in the Municipality and called for swift action to change the face of the area.

“There is a school at Suhum Ayekokye, that is where some prominent people attended, it is in a very bad state, the building is almost collapsing on the pupils, we have told the MCE, but nothing has happened,” he recounted.

They appealed to President Nana Akufo-Addo to intervene for Suhum to take its rightful place in development.

On her part, the Market Queen Mother of Suhum, Nana Korkor, who is a palace representative, has called on the yet-to-be-appointed MCE for the area to accord chiefs in the Municipality with utmost respect.

According to her: “We need a respectful, humble, decent and hardworking person who will embrace all kinds of people for development.”

The queen mother said this in an interview with a cross-section of media men at Suhum in the Eastern Region.

She said aside general lack of development in the area, the market has not seen any major facelift except abandoned projects.

She said though they make suggestions as to how best to develop the market, the current MCE, Margaret Darko Darkwa and the Assembly treat their suggestions as ‘garbage.’

“What we suggest to authorities in terms of developing the market is ignored. No development in the market as far as I’m concerned,” she said.

She said unlike in the past when they were often invited to meetings about projects, the Assembly had been ignoring them over matters of development.

The Market Queen Mother further noted that the lack of consensus-building had stalled development, especially in the market.

She also complained about the increasing rate of stealing amidst dejected youth who are unemployed due to lack of job opportunities and will engage in any criminal activity to make ends meet.

She, thus, urged President Nana Akufo-Addo to appoint a hardworking and respectful person to run the affairs of the Municipality for the next four years.