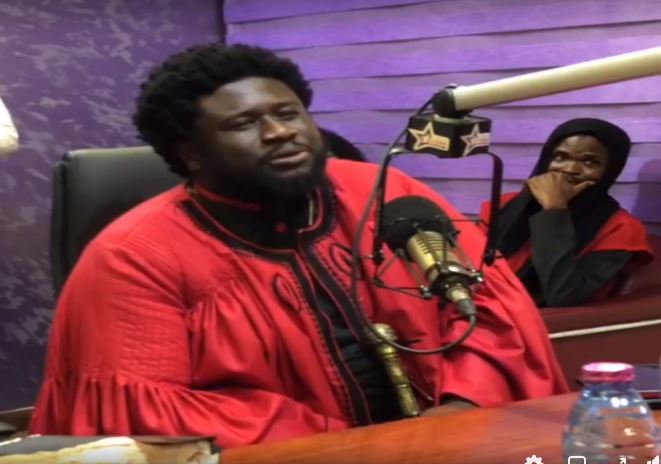 The leader of the Universal Spiritual Outreach Society Prophet Kwabena Boakye Asiamah popularly known Ajagurajah says he sacked Ghanaian artiste Fameye from his church because he refused to obey rules when he was invited there.

According to the spiritual leader, he had invited Fameye to perform at his church during his birthday, but when he got to the church premises, the ‘Nothing I get’ singer failed to comply with the norms at the service.

Speaking to Nana Aba Anamoah on Starr Chat Wednesday, the Spiritual leader said “I sacked him from entering the Church premises because he wasn’t ready to wash his feet as the society’s rules demanded of any visitor who comes to my premises”.

He added that the singer “later he inquired from other colleagues in the industry who had visited my premises and he was told to comply which he did but I still didn’t allow him to perform”.

The ‘Chop Bar Sofo’ also revealed that he cooks for his church members because of the location of his church and it is also part of the society’s spiritual principle. He also claimed that nobody on earth will go to heaven but rather paradise.

He advised people in higher offices to seek spiritual protection.