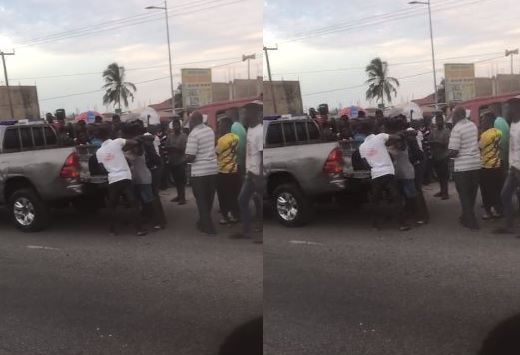 A man believed to be in his late 50’s has been crushed to death by a speeding vehicle at the Kasoa overpass in the Awutu Senya East Municipality of the Central Region, Monday morning.

The victim, who’s a welder according to eyewitnesses was crossing the road when a speeding sprinter Benz bus hit him to death. The driver failed to stop after crushing the deceased.

Youth in the area chased the vehicle to a spot where they found it parked but empty as the driver had taken to his heels.

They later moved the vehicle to Kasoa Police Station.

Meanwhile, a man who knows the deceased to Kasapa News Yaw Boagyan that the deceased had come to him for financial assistance to enable him to bury his late brother only to be knocked down on his return home.

The body has been deposited at the Kasoa government Hospital mortuary while Police are investigations the matter.