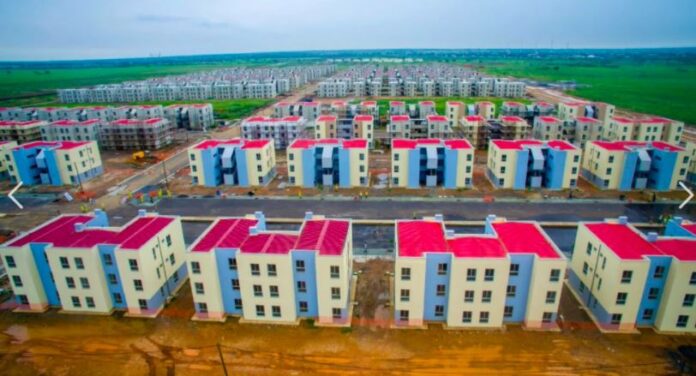 A former consultant for the controversial Saglemi Housing project, Dr. Kaminta Baizie has revealed that materials and equipment valued at about $7million have been stolen from the project site.

According to him, the theft took place when the construction company abandoned the site and left behind some of its materials and equipment, a move that allowed people to take whatever they wanted.

“When NDC left power, what happened was that a lot of political interference took place. As a result of that even protecting the materials and the equipment that was on-site with security was not done.

“So as we speak, my understanding is that a lot of materials and equipment have been stolen from the site. It is estimated that the value is over $7million. I think the Minister of Works and Housing should be in the position to tell us why security was not provided at the site when they knew that they were supposed to provide security,” Kaminta Baizie told Francis Abban host of the ‘State of Affairs’ show on GHONE TV.

Meanwhile, Minister for Works and Housing Francis Asenso-Boakye says about US$32million is needed to complete the Saglemi Housing project.

He however says his ministry is taking all necessary measures to get the facility completed for use.

“The original output target of the Saglemi project of 5,000 units at a total cost of US$200million as stipulated in the financing agreement presented to, and approved by Parliament had surreptitiously, and drastically, reduced to 1,502, of which 1,389 units had been completed without a commensurate reduction in the overall loan financing. Currently, an amount of approximately, US$197million representing 98 percent has been expended on 1,502 units as against the planned 5,000 units,” the Minister said at a press conference in Accra Tuesday.

“Although the financing of the project had largely been exhausted, an initial technical audit by the Ministry revealed the lack of primary infrastructure to the Saglemi project site thus limiting the utility of the development. The key primary infrastructure still outstanding include water supply and electricity.”

“The Ministry tasked the Ghana Institution of Surveyors to conduct a cost and technical audit of the contract executed by the contractors in the context of the variety of agreements and commitments made by the parties to the project. Upon completion of the audit, the Ghana Institution of Surveyors estimated that an approximate amount of US$32million would be needed to complete the project”, he added.

Hon. Asenso Boakye disclosed that “as recent as 18th March 2021, I have personally visited the project site and have acknowledged the urgent need to complete the project, notwithstanding the complexities the project presents. Several ideas and scenarios, including dedicating a section of the housing units to the Armed Forces of Ghana, have been mooted and are being analyzed. A cursory inspection of the current state of development belies the fundamental challenge of the absence of the primary infrastructure the site suffers, for which reason a further investment is required. As the country faces the ravages of the COVID-19 pandemic, public finances are severely constrained, the Ministry acknowledges that completing the development is not an easy or straightforward task.

“These facts are not information exclusive to the Ministry and could easily be found in the public domain due to the extensive news coverage the issue has garnered over the past four years. For this reason, the Ministry finds this video to be a grandstanding gesture laden with diabolical intent, to say the least.”