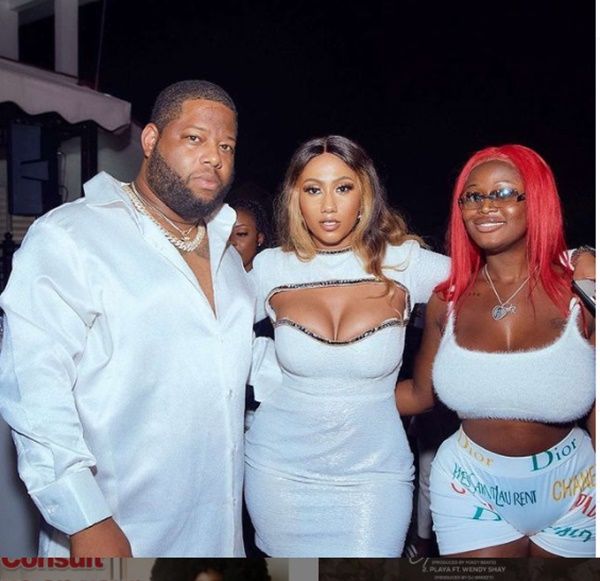 There is a growing perception that because they are seen with ladies who, per the things they show on social media are called slay queens, artistes will pick such ladies when it’s time to settle down but rapper D-Black says that is far from the truth.

For D-Black, such women are not marriage material and contrary to what people think, he in particular is turned off by a lot of things.

Speaking to the Graphic Showbiz, D-Black said, “That is the perception out there and it is a wrong one, we do not marry slay queens. Take me for instance, when I meet a woman, the first thing I look at is her nails, I don’t like artificial nails or long nails, it turns me off. I mean if your nails are long and you finish eating, who is going to wash your plate for you?

“When it comes to hair, I love it short or natural, I don’t fall for all those colourful hair. When I see a lady like that, it gives me an impression that you are not serious. The mother of my children doesn’t even own a single wig. You will wear high heels, where are you going with it or what do you want to achieve with it? Simplicity is my thing.”

When asked what turns him on about a woman, he said, “I love career driven, intelligent and passion driven ones.”

The Enjoyment Minister rapper revealed that most ladies are deceived by the things they see on social media and forget their values. “Because you see us in music videos having fun with such ladies, you think that is what we are into, no.

“The lady in that video is a model and she is doing her job, I am also doing my job by looking happy in the video, it doesn’t mean she is my type of woman. It is like the truth is right before these ladies but they allow social media pressure get to them and they do not see it. “Look at Stonebwoy, he is married to a dentist, Reggie Rockstone to a doctor; look at the lady Sarkodie is married to, she is not a slay queen, Okyeame Kwame is not married to a slay queen, someone like Shatta Wale at a point was with Michy who is a home girl, so it will be wrong for anyone to put us into such a box.”

That notwithstanding, D-Black said his statements did not mean that others don’t like slay queens. “I believe there is somebody for everyone, maybe there are some men or artistes who like such women and would want to marry them.”

Moving away from slay queens, D-Black, who is the CEO of Black Avenue Muzik, has been in the industry for about a decade and advised up and coming artistes to learn to be grateful.

“In this industry, you need to learn to be grateful no matter how small the help is, even if it is referring you to a radio station or the Graphic Showbiz, you need to be grateful. Also, do not let anyone dim your light, once you believe in what you are doing, just go for it. This also doesn’t mean you should remain complacent and feel you know it all.”

Spending a decade in the industry has come with its own challenges and criticisms, one of which is that D-Black is not a good rapper but he said he was not perturbed by such things.

“I will be a weak person if I allow negativity get to me, I have won a lot of awards and received a lot of recognition so I will be doing myself a great disservice if I allow such comments to affect me when credible organisations are lauding and applauding me. D-Black has lost some weight now and he said it was in preparation for his new album Loyalty. “I have lost weight and I had to for the album. I needed to get in shape, it is for my own good,” he said.