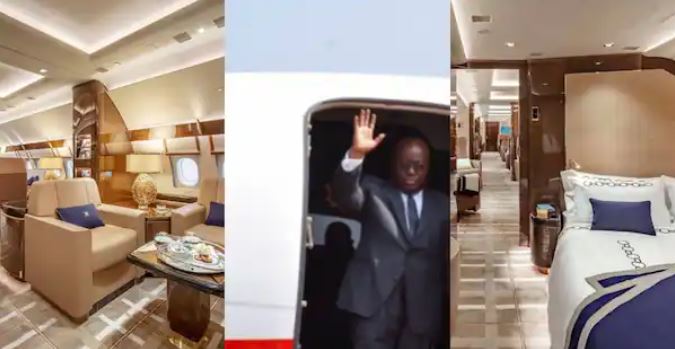 The Defence and Finance Ministers will this week attend before Parliament to respond to questions on claims by the Majority that President Akufo Addo misused nearly GHC3m to hire a private jet.

The Member of Parliament for North Tongu, Samuel Okudzeto Ablakwa made the allegation after the President’s visit to France in May 2021.

In a piece on his Facebook page, the ranking member on the Foreign Affairs Committee of Parliament alleged that the president decided to rent an aircraft that cost the Ghanaians taxpayer £15,000 an hour.

He further added that the President left Accra for Paris on the 16th of May and then from Paris to Johannesburg and back to Accra on the 25th of May accumulating a total of 23 hours amounting to a colossal £345,000. At the current exchange, the amount totals GHS2,828,432.80.

The former Deputy Minister of Education subsequently filed an urgent question on the floor of Parliament on the matter which was admitted by the Speaker.

According to the Business Statement of Parliament for this week, Defence Minister Dominic Nitiwul is expected in the House on Wednesday to respond to a question on whether the Presidential Jet is in good condition and considered airworthy.

The Minister of Finance, Ken Ofori Atta will on Thursday respond to a question on how much the President’s recent official travels to France, Belgium and South Africa in May cost the Ghanaian taxpayer.