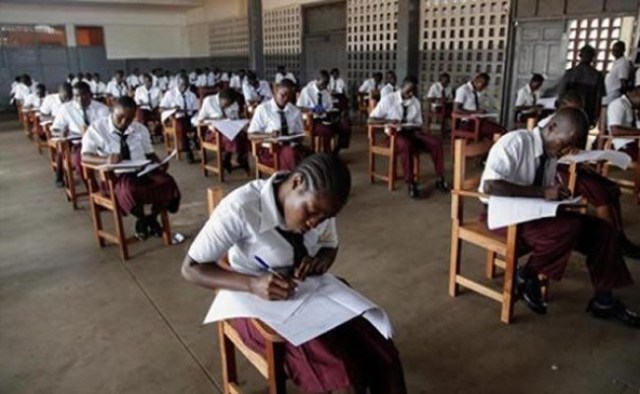 The West Africa Examination Council, (WAEC) has rubbished a report by Education Think Tank, Africa Education Watch on the 2020 West African Senior School Certificate Examination(WASSCE) insisting no questions were leaked from the exam body to students.

According to Executive Director of Africa Education Watch, Kofi Asare, their investigations have revealed that question papers were sent from WAEC’s IT department to other online platforms which were subsequently forwarded to his outfit by a member on the platform.

He stated that a day after his outfit hinted WAEC that the papers were leaked directly from their headquarters, WAEC indicated that it had commenced investigations into the matter but the exam body failed to brief his outfit on the outcome of the investigations.

However, WAEC at a media briefing Tuesday stated that the report authored by Africa Education Watch shows how ignorant the think-tank is on how it operates.

According to the Director of Public Affairs of WAEC, Agnes Teye Cudjoe, Africa Education Watch failed to engage it before authoring its report to ensure a credible conclusion.

“Aspects of the methodology that Africa Education Watch used raised issues of credibility and fairness. The Council is baffled at the fact that although it is a subject of the report Africa Watch did not engage the Council in order to be better informed about what its processes and procedures are before coming to its conclusion and making its recommendation.

“According to the report on page 3, the identities of informants are withheld and subject to non-disclosure. The compelling reasons for non-disclosure in research include a threat to the security of informants, risk of human rights abuse, and cultural or religious sensitivity and we ask ourselves which of these is applicable in the instance case? Why will Africa Education Watch refuse to disclose the identity of informants?”

On the issue of leakage of personal contact list of examiners, WAEC stressed that despite the fact that the leak was unfortunate, it put in place measures that did not influence the outcome of the examination results.

“The Council in its press release of August 19, 2020 acknowledged the unfortunate circulation of a yet to be finalized version of examiners list for the WASSCE 2020 on social media. That circulated list unfortunate as it was, did not include the critical information regarding which script the examiners will be marking etcetera. The Council indicated then that it had initiated investigations into the development and assured the public that steps incorporated in the marking exercises over the years ensured fairness.”