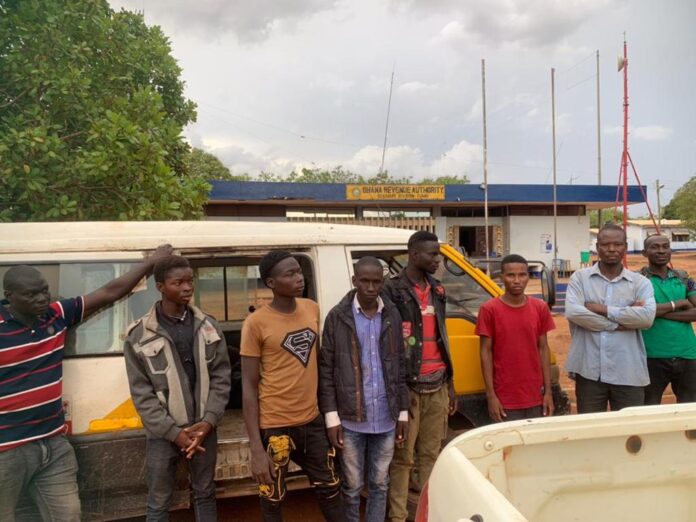 Immigration personnel on duty at Gwollu seized and repatriated nine Burkinabes who had sneaked into Ghana through unapproved routes on the Gwollu stretch bordering neighbouring Burkina Faso.

They compromised of eight males and a female and their ages ranged between 23 and 64.

The migrants were intercepted onboard a Hyundai bus with Registration Number AS 4274-09. They are believed to be economic migrants journeying into Ghana for menial jobs and services.

They were screened by the health personnel before being handed over to the Burkina Faso authorities on the other side of the border at Lan.

A statement signed by Assistant Inspector of Immigration, Ibn Yussif Duranah Abdul-Mumin Seidu warned that the Presidential directive on land borders closure remains fully effective and that the use of unapproved routes to and from Ghana is illegal.

“Anyone who’s caught facilitating the activities of any form of undocumented migration shall face the full rigours of the law. We, therefore, appeal to the border residents to collaborate with Ghana Immigration Service and the other Border Security agencies to end the menace of irregular migration,” the statement added.