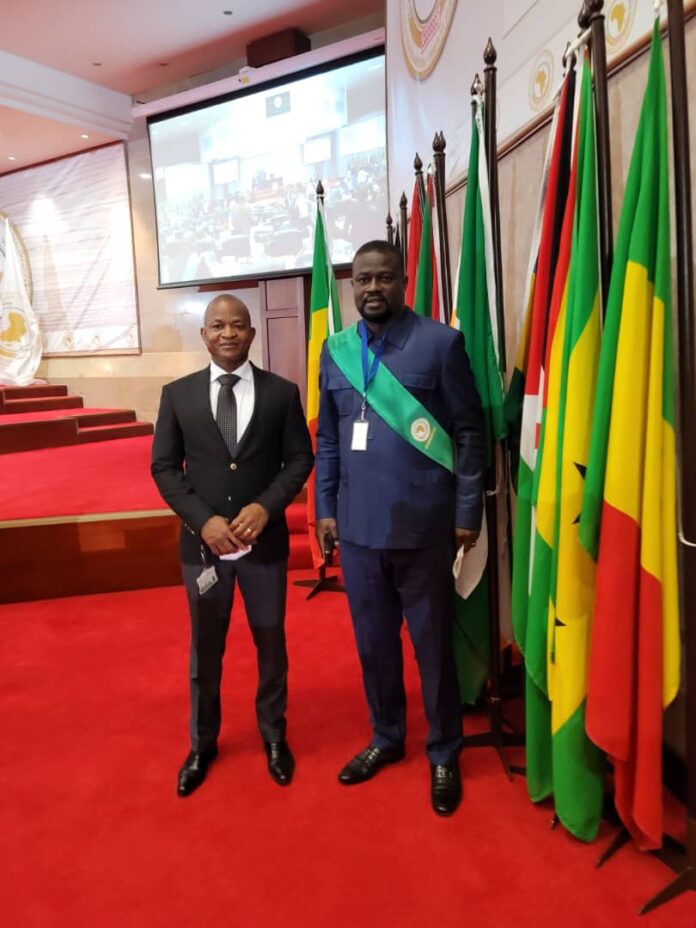 The Majority Chief Whip of the 8th Parliament, also a Member of the Pan – African Parliament, Frank Annoh – Dompreh has called for peace to reign in the Chambers of the legislative body of the African Union (AU) in choosing leadership amid fierce contestation.

The Fourth Ordinary Session of the Fifth Parliament of the Pan African Parliament is in session in Johannesburg, South Africa since last week.

Tension was palpable within the chambers of the legislative body of the African Union (AU) as members sit on Monday to elect new leadership amid fierce contestation.

One of South Africa’s representatives in Parliament, Economic Freedom Fighters’ leader Julius Malema, had a heated exchange with another member and mentioned that he would “kill” that fellow parliamentarian.

The events came to a head after it was announced that the elections would not go ahead as scheduled, as a staffer had tested positive for Covid-19 which were then postponed, igniting heated exchanges between the parliamentarians.

Parliamentarians opposed to the postponement maintained that the said Covid-19 case was a strategy to postpone the term of office for the controversial incumbent, Cameroonian Roger Nkodo Dang.

However, the Member of Parliament for Nsawam/ Adoagyiri Constituency in the Eastern Region, Frank Annor-Dompreh pleaded with the chamber to maintain peace for the elections to be successful.

Addressing the Members in the Chamber, he said “ Madam Speaker, if we don’t make sense out of this, we will not have a justification for our trip paid by our member countries to come here and engage with this fisticuffs and exchanges, it will not help us.”

Mr. Frank Annoh Dompreh who has been nominated to Chair the Permanent Committee of Rural Economy, Agriculture, Natural Resources and Environment of the Pan – African Parliament noted that because most legislative bodies have made firm positions, the ideas of some people in the Parliament are not being taken.

The MP expressed that “Various caucus has taken an entrenched position so people want to make sense, people are speaking logic, people are quoting protocols that exist that is bidden, and yet nobody listens, adding that “We cannot continue this slain forever, we have to make sense. We are thinking beings.”

Frank Annoh Dompreh noted that “I see very experience senior people in the chamber that is why we have to fall on such an experiential knowledge and logic for as not to be caught in this quagmire of confusion”.

He averred further that “I will not be surprised if the AU brings correspondents and give us the directive and people say that yes, we will still not respect the AU but it has to be a decision made by this chamber?” he questioned. 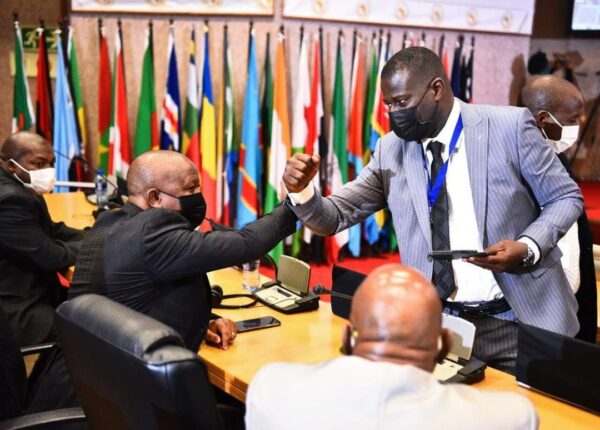 The Young Outstanding Politician expressing worry about the incident noted that “I don’t think there is anybody here from any of the caucuses who is more important than the other. We are all vacant and that is the common denominator”.

He welcomed anybody that wins the election for peace to remain in the Parliament.

“I don’t mind somebody comes from another caucus wins the Presidency, I will respect that person. But if people are going to go on and say unless my candidate wins, we will not make progress, is not going to be helping us.”

He, therefore, suggested, “We should maybe settle on interim executives and interim bureau, and if we can do that, I think we will be able to make progress.”

The Majority Chief Whip, therefore, appealed to the Parliament to respect every decision made in the chamber to halt any misunderstanding.

Currently, the elections have been postponed as debates on the Rotation of the presidency of the Pan African Parliament are ongoing.