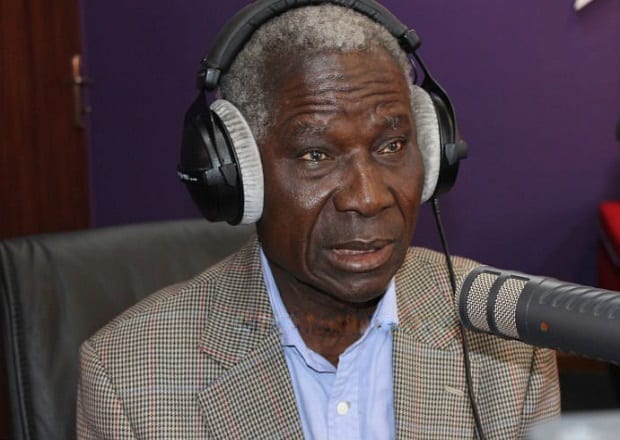 A former National Security Advisor, Brigadier General Nunoo-Mensah says 1979 June 4th Uprising led by Former President Jerry John Rawlings was preventable if the regime then had listened to the outcry of Ghanaians.

According to him, there was some level of anger that had piled up against the deeds of previous regimes and the regime then in the youth which was uncontrollable that gave birth to the June 4th up-rising.

“Our leaders should govern in order not to build up anger in the youth because if there should be any such situation that happened in 1979 we cannot control it. When the youth can feel and see good governance we would not hear of any unfortunate situation happening in the country,” he told Kasapa 102.5 Fm.

He cited America, South Sudan among other Africa countries which at some point in time experienced youth agitations where the youth rose up as a result of disaffection against a regime of these countries.

“When the people in the country are yelling and complaining we have to listen to them and address their concerns. June 4th happened because the people were not given listening ear to pertinent issues then that were bothering them. So our leaders must act right to avert the reoccurring of June 4th,” he reiterated.

The Former National Security Advisor advised that the current and successive leaders should work hard in preventing a repeat of June 4TH in the country because of its dire consequences.

The June 4th Uprising was an uprising in Ghana in 1979 that arose out of a combination of corruption, bad governance, frustration among the general public, and what people describe as indiscipline and frustrations within the Ghanaian army at the time.

The 42nd Anniversary of the June 4 uprising was observed without late President Jerry John Rawlings, the leader of the uprising.

Former President John Mahama paying tribute to the ex-military leader said: “He was a key influence on Ghana’s history for the two decades straddling the late 70s till year 2000.”