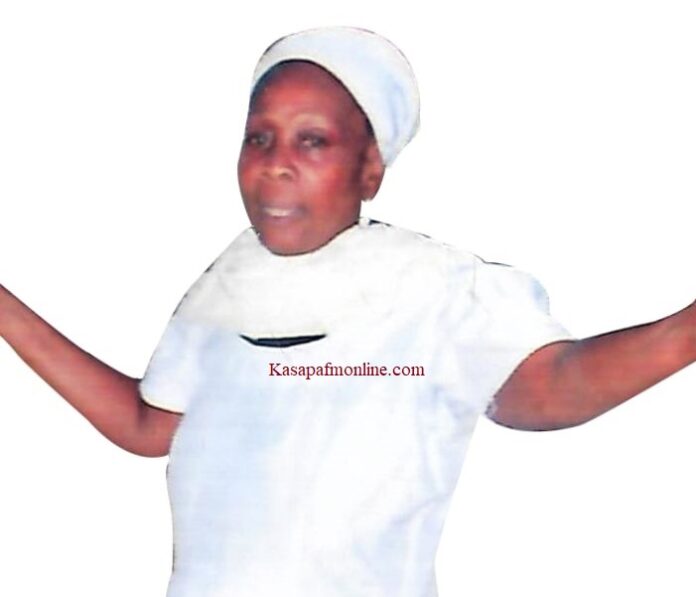 Residents and Opinion Leaders of Gomoa Ajumako in the Central Region have arrested and handed over to the police the Prophetess on whose advice a couple buried their 2-year-old boy alive at Gomoa Eshiem.

The Suspect prophetess Ama Nkansah of Christ Faith International Church aged 64, had gone into hiding at Gomoa Ajumako after her involvement in the dastardly act but was picked up on Tuesday.

The angry residents who spotted her while buying food after being in hiding in the community for four days immediately arrested and put her in a taxi and sent her to the Bremam Asikuma Police Station.

She has been detained to assist with investigations at Breman Asikuma Police.

A man and his wife have been arrested by the Breman Asikuma Police in the Asikuma Odoben Brakwa District for allegedly burying their two-year-old baby alive on the advice of their pastor.

According to reports, the child was buried near the stream the community relies on for water.

An eyewitness told Kasapa FM’s Yaw Boagyan that he was asleep Friday night when he heard people talking in a distance so he hid in his window to observe what was happening. According to him, he saw the parents of the child and the female pastor burying the live child in a whole.

The eyewitness said he rushed to confirm what he had seen when the suspects left only to see the child dead and covered up in the whole.

He said the parents when confronted said they believe the child was given to them by the river and so they were giving him back.

According to the family spokesperson, Justice Bonnam, the parents always complained about the health condition of the child. He said he had heard they were planning to kill him so they could have their peace of mind.