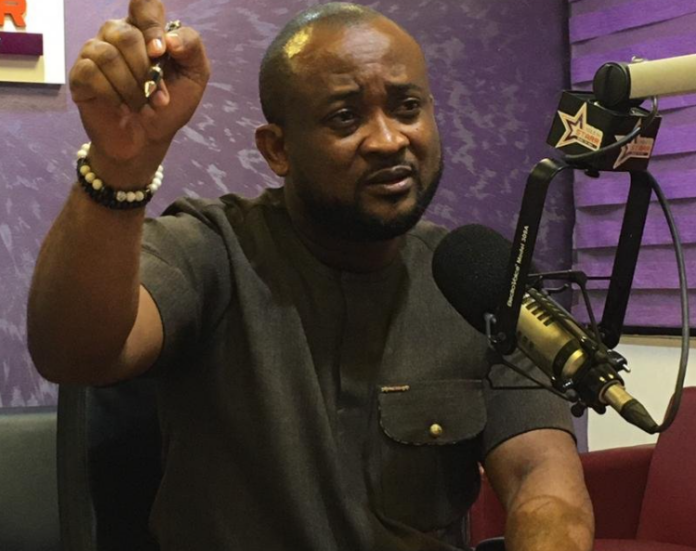 Former Deputy Information Minister, Pius Enam Hadzide has mounted a spirited defense for President Akufo-Addo over allegations of his profligacy following his recent foreign trips on a luxurious private jet.

“I think that before we come to conclusion about the lifestyle of somebody, we have to watch a pattern and trend. The pattern and trend I’ve watched from the President doesn’t support that he’s extravagant and flamboyant,” Hadzide told host Nana Aba Anamoah on Starr Chat Wednesday.

He added that it was the best decision taken out of a complex situation which the executive was faced with.

“We were compelled by circumstances beyond our control. The decision to put the President in the rented jet was for security purposes and not for luxury.”

The North Tongu MP Samuel Okudzeto Ablakwa’s urgent question on the 15,000 pounds an hour aircraft rented by the President originally scheduled for Thursday, June 17 was deferred upon a request from Ken Ofori-Atta to the Business Committee for more time.

But Ablakwa believes the finance minister is being evasive and running away from accountability.

“This is the pinnacle of luxury as you have all researched and found out. It’s called the Pent House in the Skies. This about Financial accountability, this is about financial prudence, this is about national priorities, this is about protecting the national purse. Now we brought them to the more appropriate forum where they are constitutionally bound to be accountable and there is all of these delay tactics. It must strike you as very strange because really what do they have to hide? Is as though something is happening behind the scenes and they need time to complete whatever they are doing. These are not the tenets of accountability and good governance. If you have nothing to hide if you don’t need to buy time to do anything untoward you just respond, ” the North Tongu MP said.

Commenting on the fallout from the development, Hadzide argued “I think we shouldn’t be people who know the cost of everything and the value of nothing.”

He said the claim that the President wanted to shower on the aircraft is mere propaganda and being bandied about by the opposition.

Samuel Okudzeto Ablakwa, MP for South Tongu had in a Facebook post last month alleged that President Nana Addo Dankwa Akufo-Addo spent a whopping Ghc2.8m on a private jet on his recent trips to France and Johannesburg.

He alleged that the president decided to rent an aircraft that cost the Ghanaian taxpayer £15,000 an hour.

The former Deputy Education Minister further added that the President left Accra for Paris on the 16th of May and then from Paris to Johannesburg and back to Accra on the 25th of May accumulating a total of 23 hours amounting to a colossal £345,000. At the current exchange, the amount totals GHS2,828,432.80.

He subsequently filed an urgent question in Parliament demanding answers from the Defence Minister.

Dominic Nitiwul mounted a spirited defense for the decision by President Akufo-Addo to charter a private jet for foreign trips for 15,000 pounds an hour.

Speaking in Parliament on Wednesday, June, 16, 2021, Hon. Dominic Nitiwul argued the Presidential jet is handicapped in handling long-distance travels which will require refueling.