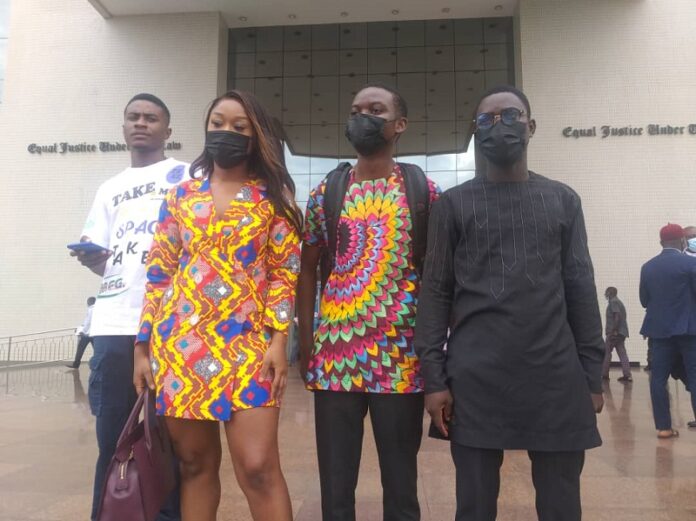 Lawyers of the conveners of the #Fix the Country protesters have apologized to the Criminal Division of the Accra High Court for their inability to file their affidavits in opposition to the case in which the police is restraining them from a planned protest.

The court presided over by Justice Ruby Aryeetey had adjourned the matter to Monday, June 14 for the case to be heard after lawyers had prayed for time to respond to the application.

In court on Monday, Tata Kosi Foliba, one of the lawyers of the Respondents said, they only filed their affidavits in opposition to the application this morning and had a copy to show to the court.

“We apologized for the delay in filing and it was as a result of the difficulty in having a consensus of all the respondents,” Lawyer Foliba told the court.

Frederick Adu Gyamfi, Assistant State Attorney who represented the state said, they have not been served with the respondents’ affidavits in opposition.

According to him, they were ready to move their application in court but they are minded to wait for them to be served with the respondents’ response.

The court after listening to them has adjourned the case to Monday, June 21, 2021.

The police service was represented by ACP Benjamin Osei Adae while some of the respondents were present.

In a matter of Public Order Act 1994, the police are seeking for restraining prohibition orders against the #fix the country protest March.

One of the Convenors of the fix the country demonstrators said they are still mobilizing people for the planned protest against the economic hardship in the country.

Adakye Brownson, one of the Conveners who is a respondent in the case in which the police has filed an application to restrain them from protesting said, they are not perturbed about what is happening currently.

Addressing journalists after the court sitting he said, they are ready for the journey

The case has been adjourned to June 21m for hearing.