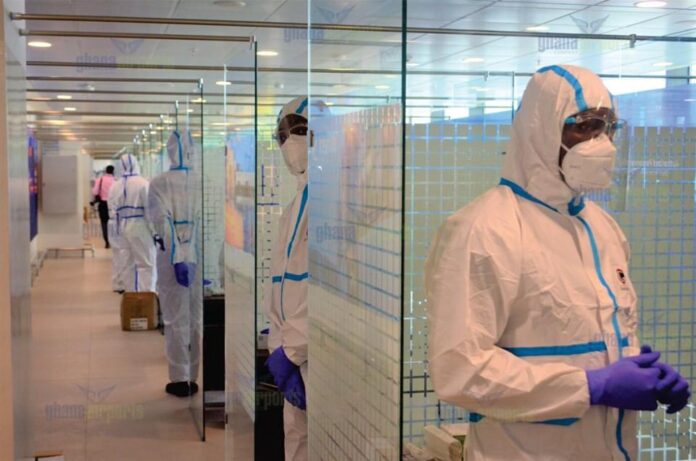 Frontiers Healthcare Services generated an amount of $16.2 million from COVID-19 testing at the Kotoka International Airport, the Minister for Transport, Mr. Kwaku Asiamah has revealed.

This was recorded between September and December 2020.

Out of the over $17million totally realized from the testing at KIA, the Ghana Airport Company Limited(GACL) retained a sum of $1.1 million in the same period.

The information by the Transport Minister was in response to Deputy Minority Leader, James Klutse Avedzi’s question about the proceeds from the COVID-19 testing exercise at the Kotoka International Airport.

The formula for the gross revenue for the $150 testing fee was a ratio of 10 to 140 dollars, Mr. Asiamah said.

“Mr. Speaker, the concession agreement between the Ghana Airport Company Limited and the Frontiers Healthcare Services for the conduct of COVID-19 testing at KIA started on the 4th of September 2020. The measure was taken to limit the importation of the disease into the country through KIA, which is the foremost entry point by air passengers. The strategy was to test and isolate the infected persons for treatment at various treatment centres. Per the concession agreement, Ghana Airport Company was supposed to receive $10 per test conducted, and Frontiers Healthcare was to keep the rest as their service charge and the total conduct per test was $150.”

“Mr. Speaker between September and December 2020, the total amount realised from the COVID-19 testing at the KIA was $17,590,500. So as per the concession agreement, Frontiers Healthcare Services retained $16,202,200 for its services between the stated period. The Ghana Airport Company Limited on the other hand received $1,167,300 for the same period as royalties accruing from COVID-19 testing. During the period under consideration, a total number of 117,187 came through KIA, out of this number, 115,730 paid for the testing, while 1,157 passengers consisting of children between the ages of 5-12 were exempted from paying for the testing.”

GACL only rented its space to Frontiers -Transport Minister-designate