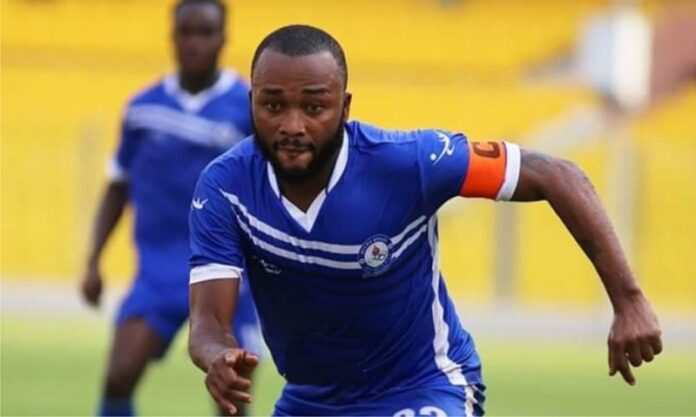 Great Olympics skipper Gladson Awako has ruled himself out of the Ghana Premier League matchday 28 fixture against Hearts of Oak at the Accra Sports Stadium on Sunday.

The two sides face off in the second game of the season in the league with a lot at stake in the race for the league title.

Great Olympics defeated Hearts of Oak 2-0 when the two teams met in the first round of the season.

Ahead of the big game on Sunday, Great Olympics will be missing the services of their skipper who is currently on national duty with the Black Stars.

According to reports Gladson Awako has confirmed to close friends that he will not be available for the derby on Sunday evening.

His club has been notified of his decision to pull out of the game in order to avoid any injuries.

The Black Stars will depart to Rabat on Sunday evening for their first international friendly game against the Atlas Lions of Morocco.

Olympics will also miss another key player  Samuel Ashie Quaye who has also travelled with the Ghana U23 team to Japan for another international friendly game.