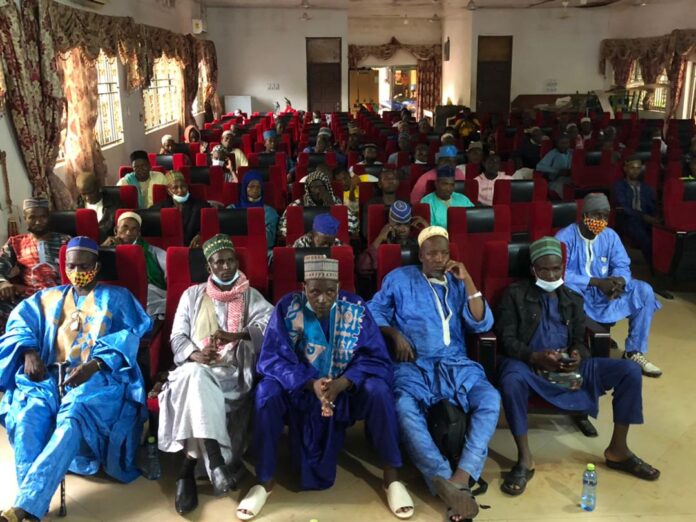 The Deputy Savannah Regional Police Commander DCOP Larbi has called on  Fulani communities to volunteer information to the police in order to help stamp out crime within the country.

Touching on the current happenings, he said the security agencies will bring down those perpetrators and deal with them according to law.

He appealed to Ghanaians to have faith in the security of the country and help the police to fight crime.

He made the comment during the heads of security agencies meeting in the Savannah Region between the Police, Immigration, Military, BNI, Chiefs, the Tabitaal Pulaaku Int etc at Damango.

According to him, the police are ready to ensure security and sanity within the region and the entire country.

He further urged Ghanaians to avoid politicizing and being tribalistic when it comes to crime.

DCOP Larbi commended Tabital Pulaaku International for their involvement in the meeting and advised Fulanis to report cases such as kidnapping, robbery, murder among others within their communities to the police so they can flush out the bad ones in their midst.

He also said the Fulanis are not known to be criminals but just a few bad nuts among them are giving them a bad name admonishing them to support the police with information to enable them to work hard to arrest criminals among them.

Meanwhile, the Deputy Immigration officer for the Savannah region, M.K Aboah also added that they have been giving directives to control the country’s borders and check movement of cattle from neighboring countries and also tighten security in unapproved routes.

The General Secretary, Tabital Pulaaku International Ghana chapter Mr. Musah Barry also appealed to the immigration and police commanders to talk to their men who are at barriers to stop harassing Fulanis who are having their Ghana cards and voter ID cards especially at Bole to Wenchi.

According to him sometimes the police arrest, handcuff and maltreat them for hours, take money from them before they’re released.

“As Fulanis we the executives of Tabital Pulaaku, We are very much concerned about all issues concerning our people particularly with regards to security. The issue of security when it comes to Fulanis is a labyrinth, a maze without any outlet, or so it seems. We’re so worried about some of the issues we’ve been hearing.

“Kidnapping seems to be a new phenomenon among a few misguided Fulani youth. Abducting rich Fulanis and holding them for ransom. It is high time the agencies clamped down hard on these deviants.

“We are ready and willing to assist in any way possible.”