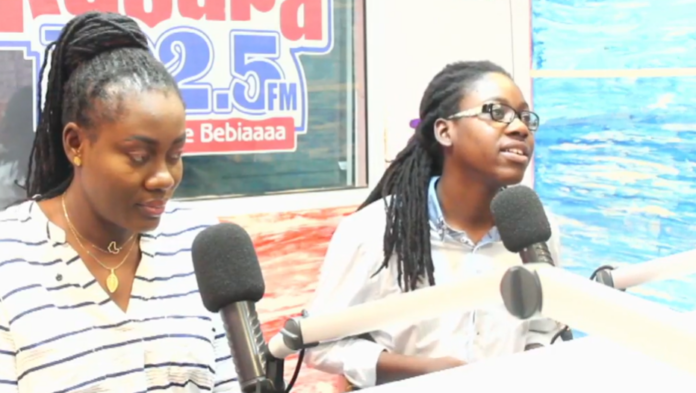 The Mother of Rastafarian student, Maana Myers has said she is living in fear after an unidentified person peeped through her window with a torchlight days ago.

According to her, the unidentified person bolted when she tried getting out to see who the person was.

“After the court ruling, I couldn’t have enough sleep that very night, thus around 3:00 am dawn. I had a call from a friend asking why I was on social media at that time because it was very early. Just around that time, I realized someone had open my window and shined a torchlight on me. Upon turning to catch a glimpse of the person I could only see the shadow of the person,” she narrated on Kasapa 102.5 Fm.

She claimed the “strange incident” has left her terrified.

“I couldn’t identify the person because the person used the torchlight behind where I was lying while the light in my room was on.

“So for someone to open my window even as I was awake at the time and the person could hear me talk on the phone and still open my window is very strange. One can only do that when you know the person is asleep,” Maana Myers said.

The Court presided over Justice Gifty Agyei Addo ruled that the fundamental human rights of the two students cannot be trampled on by the rules of Achimota School.

However, the Board of Achimota Senior High School has served notice of an appeal against the High court ruling.

The school in a statement sighted by Kasapafmonline.com on Tuesday 1st June 2021, said it strongly disagrees with the ruling and has instructed its lawyers to appeal the decision.

Meanwhile, Minister of Education, Dr. Yaw Osei Adutwum says the Board of Achimota School is not clothed with the power to unilaterally decide to appeal a ruling of the Human Rights Court ordering it to admit two Rastafarian students.

According to him, any such important decision should have been advised by the Attorney General who represented both the school in the landmark case.

Dr Osei Adutwum has therefore asked the Achimota School Board to pull the brakes on their intended move.