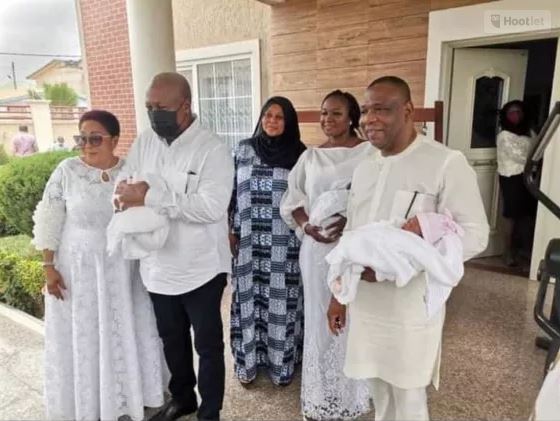 The former Deputy Minister of Transport is seen in a picture in a Facebook adorned in a white dress carrying one of the babies while her husband, Hudu Mogtari, a former CEO of Food and Drugs Authority (FDA) and ex Mahama carry the rest.

Below are some of the comments