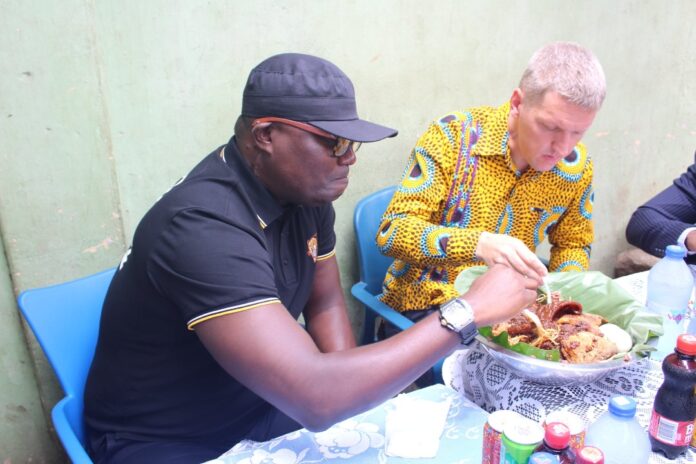 Outgoing British High Commissioner to Ghana, Iain Walker, and Chief Executive Officer of EIB Network Nathan Kwabena Adisi also known as Bola Ray on Wednesday embarked on a ‘Waakye tour’ on the streets of Accra along with King Promise.

The tour dubbed ‘Taste Ghana’ spearheaded by Bola Ray was to give the High Commissioner a taste of Ghana’s popular street dishes. The Waakye tour started from a popular Waakye joint at Accra New Town and ended at one of the preferred Waakye joints in Nima. 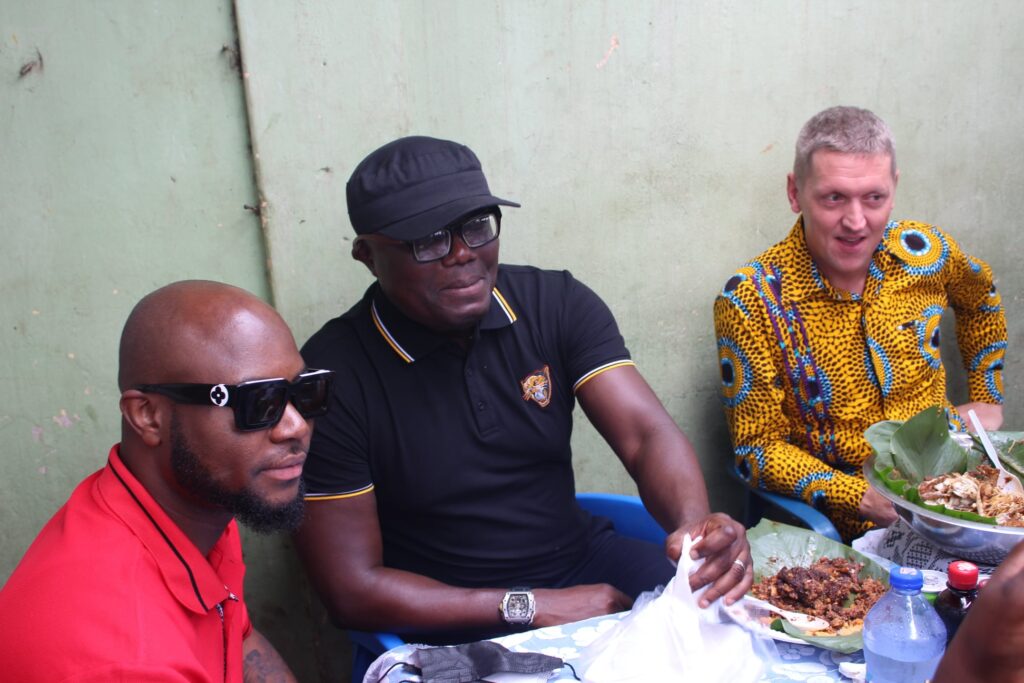 Speaking to Starr News, the High Commissioner expressed his excitement with the exercise.

“We wanted to taste Ghana’s local food thus this tour and so far the experience has been awesome.” 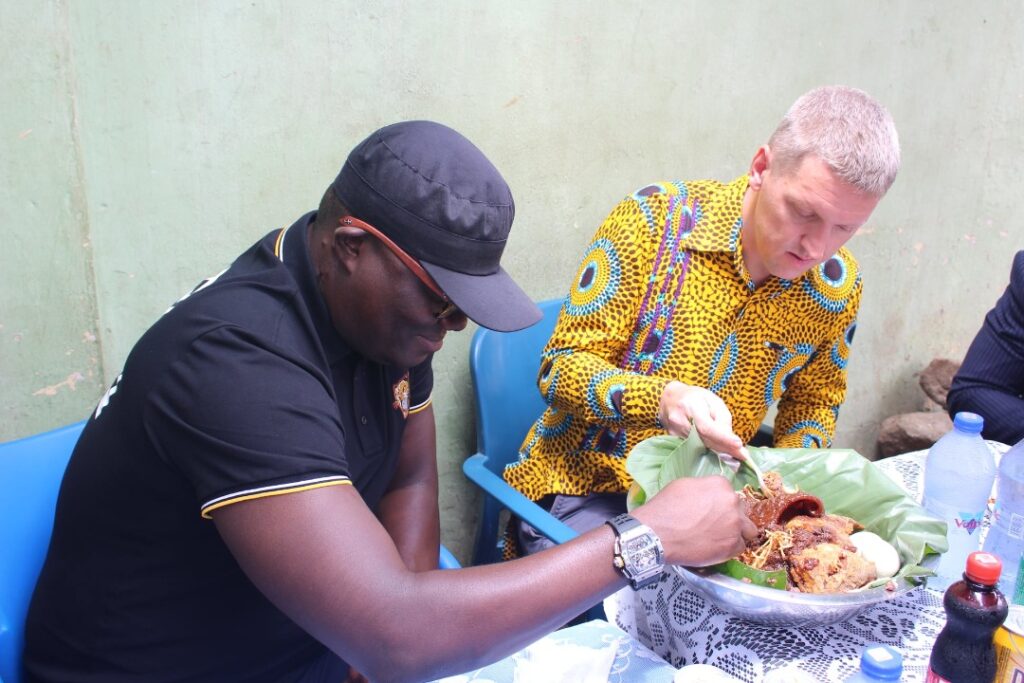 The High Commissioner shared a waakye meal with Bola Ray and King Promise. He also held conversations with some residents in the areas they toured.