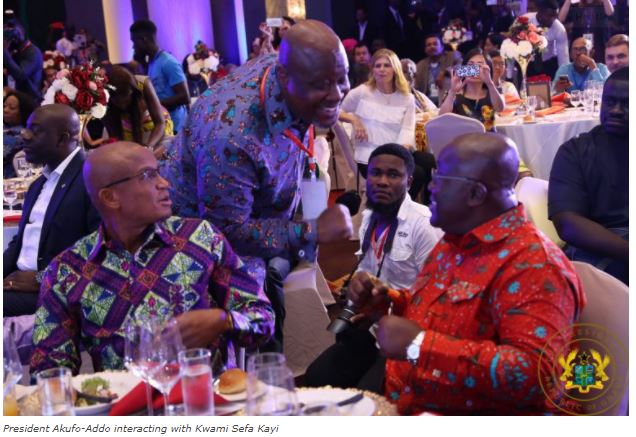 Ace Broadcaster, Kwami Sefa Kayi has denied ever being offered a job by President Akufo Addo.

Soon after the assumption of office by President Akufo-Addo in 2017, there were rumours that the former Journalist of the Year was to resign his position as a radio show host for a bigger job with the New Patriotic Party (NPP) government.

It was rumoured that Kwame Sefa Kayi was to join the communications team at the Presidency when the NPP assumed office after January 7, 2017.

In an interview on “Entertainment Review” show Saturday monitored by Kasapafmonline.com, Kwami Sefa Kayi disclosed that it was rather persons around President Akufo-Addo who asked him to help the government in particular areas of governance.

“President Akufo Addo has never communicated to me that he intends appointing me to any public office. What I can say is that people around the President have rather had discussions with me to help the government out in some areas. The only thing I said is no, allow me to concentrate on my radio job. The President did not offer me a job, never.”