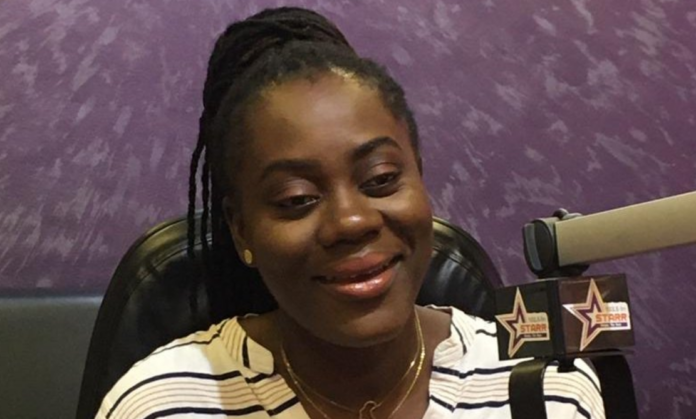 The Mother of Rasta student, Maana Myers says she was affected psychologically and couldn’t sleep as a result of the refusal by Achimota Senior High School to admit her son.

Speaking to Bonohene Baffour Awuah on Kasapa 102.5 FM on Ghana Kasa show, Maana Myers said she was placed on drugs by her doctor in order to catch some sleep at night.

“There were times I could not sleep, close about two weeks I couldn’t sleep for just an hour at night. My doctor was giving me drugs that could make me sleep but I couldn’t sleep. And because the drugs were not working I was on antidepressants for 7 weeks,” she disclosed.

Maana Myers however said, “we’ve made history not only for Oheneba but for other students as well.”

Meanwhile, she claimed she almost gave up the fight as she was increasingly being abandoned by friends.

“At a point, I wanted to chicken out because of pressure from family and friends. I have friends who do not talk to me anymore because I refused to cut his hair,” she added.

The Human Rights Division of the Accra High Court has ordered Achimota School to admit the two embattled Rastafarian students.

Meanwhile, A Private Legal Practitioner, Patrick Asante-Nnuro says the ruling by the Accra High Court allowing two Rastafarian students to be admitted into Achimota Senior School with their dread-locks may open the flood gate for any form of dressing to infiltrate schools.

“So for me, I have my own issue with the ruling, because tomorrow a student may also decide on what to wear to school which could be permitted under the fundamental human right of the constitution. The court has spoken but there is what we call Substantial Justice and other things that will help our society,” Lawyer Asante stated.

“When I tried convincing Oheneba to cut his hair, his kid brother [who’s 13 years old] questioned why I was bowing to pressure and behaving like the typical Ghanaian,” Maanaa Myers stated.

“When we were skeptical our son was hopeful of gaining admission into the school because we had given him a foundation to deal with challenges. So growing up they have dealt with a lot of it from both positive and negative angles,” she disclosed.

“His psychologist suggested we should find him another school but his father believed in this journey because he held the view that we shouldn’t train kids to run away from problems,” Maanaa Myers said.

Ohenaba Nkrabea on his part said he will conform to every rule at Achimota.

“It was disappointing, hectic, and embarrassing when the issue was going on because I had to choose between cutting my hair and going to school,” Oheneba Nkrabea reiterated.

I fear for my life – Mother of Rasta student