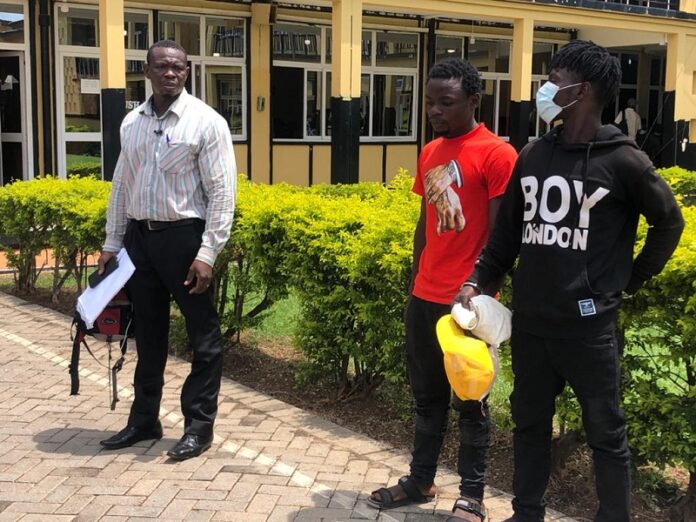 A Kumasi circuit court has granted bail to the three men who were arrested for brandishing guns in a viral video.

The court presided over by His Honour, Ebenezer Kwaku Ansah granted a GHC50,000 bail each with two sureties to be justified.

The Prosecutor pleaded for a remand to allow for further investigations, but the court refused Chief Supt. Kofi Blaggogi his request.

The two are due to report to the police every three days.

They were picked up to assist the police in investigations on how they acquired the firearms.

The three young men were arrested on Thursday at Gausu, a suburb of Obuasi in the Ashanti region after the Police mounted a search for them.

The suspects include Apostle Alfred Dakurah, Richard Suleman and Emmanuel Dakurah, and one other at large.

According to the Deputy Ashanti Regional Police Commander, DCOP David Adjem Agyemang, the police retrieved one pump action gun and 5 blank cartridges in the home of the suspects.

A recent viral video circulating on social media shows the four suspects displaying and boasting of their pistols and pump-action gun while threatening the public to run away.

The video emerged a few hours after a robbery attack on a bullion van that claimed the life of a young police officer and a trader at Jamestown in Accra.