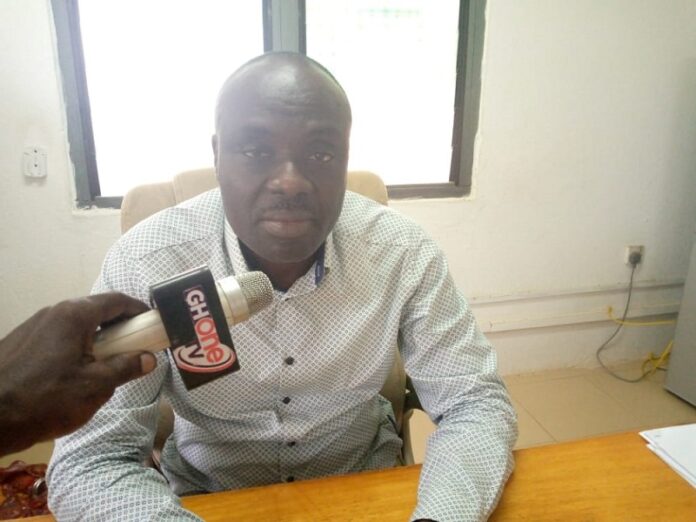 The District Chief Executive for Ajumako Enyan Essiam District in the Central Region, Hon. Emmanuel Ransford Kwesi Nyarkoh has asked the Chiefs and people of Ajumako Kwanyarko to stop undermining him in a bid to ensure the President does not renominate him.

The chiefs and people have waged a campaign against the DCE asking President Akufo-Addo not to re-nominate him as he’s been a total failure while in office for the past four years.

They accused the DCE of turning his back against the community as he does not attend their programs nor visit them to address their needs.

But Hon. Emmanuel Ransford Kwesi Nyarkoh in an interview with EIB Network’s Central Regional Correspondent Yaw Boagyan refuted the accusations against him.

According to him, he has been attending their programs since he took over as the DCE and has been able to provide numerous projects in the community, adding that negotiation is ongoing to ensure that their road has been constructed immediately.

“I was at the Roads and Highway office at Accra lobbying for the Ajumako Kwanyarko road when the news came to me that some angry Chiefs and residents want me sacked because I am not performing as a DCE, and I want to state it categorically that all the negative comments made about me is false and the general public disregard it.”

The DCE added that he has been able to complete about 85% of the abandoned projects he inherited from the previous government and he’s doing more development projects, hence wonders why the people will make such accusations against him.

He confidently stated that he’s the best performing and appealed to President Akufo-Addo to re-nominate him and be elected into office to continue with his good works.

“Through my hard work, I have been able to bring many developmental projects to the Ajumako Enyan Essiam District such as re-shaping of most deplorable roads, the building of schools, CHIP compounds, drinking water, completion of most abandoned projects such as Ajumako Bosso Teachers Bangalow and many projects.”

He, however, warned those scheming to cause his downfall to stop and rather support him to continue delivering the good work for the District.

Ajumako to get University on its own – Mahama