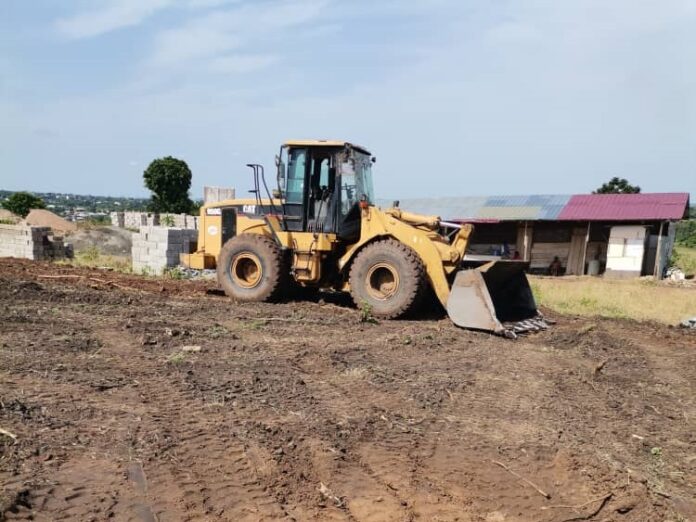 Some three individuals in the Ho Municipality have petitioned the Volta Regional Minister Dr. Archibald Yao Letsa to intervene and stop the Veterans Administration of Ghana (VAG) and some military officers from forcefully claiming ownership of their parcels of land and properties.

According to the trio, who include Tsiame Didifor, Vincent Dickson Tettey and one Agnes Hudodah, the 61-acre parcel of land in contention was duly purchased from the rightful owners and registered in the late 1970s and early 80s.

“These parcels of land situated between the Veterans Administration of Ghana (VAG) property and the University of Health and Allied Sciences were duly purchased and registered from the rightful owners of the Kokroko family headed by Christoph Kokroko of Sokode Gborgame in the late 1970s and early 1980s by the following individuals: Blackwell Moses Kwame Asamoah (7th January, 1977), Vincent Dickson Tettey (31st May, 1978) and Yao Hudodah (7th November, 1983).”

The group, however, noted that the Veterans Administration of Ghana -an association of retired servicemen and women, some military officers and one Wisdom Dafeamekpor invaded the land in October 2020 and caused damage to some properties belonging to them -an action they describe as unlawful.

“This unfortunate event occurred in October 27, 2020 leading to the following damages: almost all boundary pillars were either broken or removed and taken away, sections of fence walls were broken down while threats to demolish any building or structures we dare put up again were issued,” the statement read.

The petitioners further accused the Volta Regional office of the Lands Commission for attempting to falsify documents in favour of the alleged encroachers, while calling on the Regional Minister to intervene to forestall any future conflict.

“Evidence has shown that the Lands Commission in collaboration with its lawyers are fervently trying to falsify documents in favour of the encroachers. We are, therefore, appealing to your high office and authority to intervene and call VAG, the military officers, Wisdom Dafeamekpor and the Lands Commission to order in order to forestall any future disturbances which may lead to conflict, loss of lives and properties.”