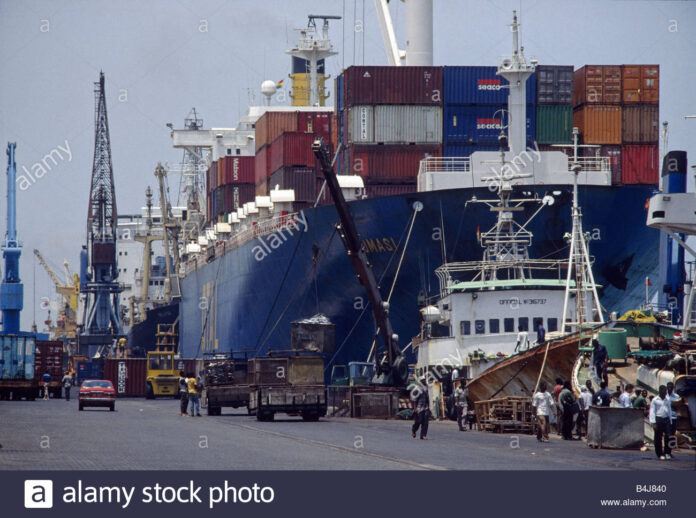 Former Chief Justice and member of the Council of State, Georgina Theodora Wood, was made to ponder over benefits the nation would have accrued if it had diligently managed the Black Star Line (BSL) – a preeminent state shipping line.

This came up when the Council of State met the business community to understand the ever-increasing cost of goods on the market.

After a presentation by the presidents of the Ghana Union of Traders’ Associations (GUTA) and Ghana Institute of Freight Forwarders (GIFF) blaming Shipping Line Operators for the country’s woes – claiming that there are a number of charges on the books of shipping lines which have outlived their usefulness and are unreasonably increasing the cost of doing business, resulting in high pricing of goods, the former Chief justice quizzed if the situation would have been different if the state vessels were operational.

“Would the story have been different if successive governments had ensured effective operation of the defunct Black Star Line; would the sector have been better?” she quizzed the GIFF President, Edward Akrong.

He answered in the affirmative, and said now more than ever there should be strong efforts geared at getting an African-owned vessel to push the Africa Continental Free Trade Area (AfCFTA) agenda.

“If you want to ship your goods to Congo, it has to go to Spain and connect to Congo because there is no vessel that operates within Africa or is owned by a state in Africa. This is going to be a test of how trade facilitation among African nations can become successful,” Mr. Akrong told the former Chief Justice.

Justice Georgina Wood is part of the many players in the sector who say the country is being seriously short-changed, and it would be of great benefit if a bold step is taken to resurrect the Black Star Line (BSL) in any shape or form.

The Ghana Maritime Authority announced this year that the Ghana Navy has begun the process of building some ships locally – but not to the scale for international trade. Some players in the sector have said that the nation’s industrialisation and infrastructure development agenda is in need of acquiring a vessel that will help it mobilise the necessary materials needed – not only to facilitate economic growth, but also make Ghana a maritime hub on the continent.

Branch Secretary of the Nautical Institute, Captain William Amanhyia, adding his voice to this call said: “AfCFTA is great news for the maritime sector, and the nation must do all in its power to boost fortunes of the maritime sector by being the first African country to acquire a vessel for training and trade purposes”.

Captain William Amanhyia added that the move can help give meaningful remuneration to many Ghanaians, since the sector is supervised and regulated by international standards – with the well-being and safety of seafarers being paramount.

“The maritime industry can employ 500-1,000 people every year, but we need to train them. The problem is that nobody wants to train the seafarers, they want people who are already cooked; training the seafarers is very expensive, and that is why government needs to take the initiative. The only thing they can do is that they should be able to buy a training ship for us,” Captain Amanhyia said.

“African nations do not understand that seafaring skills have become a strategic asset. Most companies globally want to employ from Africa, because the Europeans do not want to go to sea again. Nobody wants to go and spend three months outside living without his family, but we are very lucky that in Africa our family system is okay with it. This is the time we need to take advantage and get the best benefit out of it. We have been talking to governments all over Africa, but they seem not to care,” Captain Amanhyia lamented.