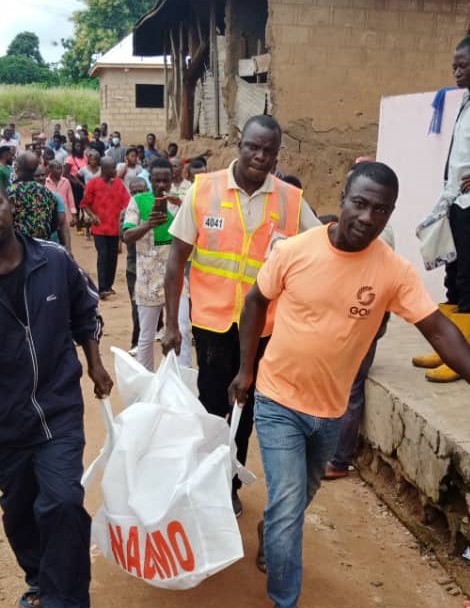 A woman, Ama Mary, 31, and her one and half years old son died instantly on Monday when the house they lived in collapsed at Akrobi in the Wenchi Municipality of the Bono Region.

Honorable Winston Gyan, the Assembly Member of Akrobi told Radio West Africa, Nana Anfreh Damanta that he had a distress call that one of the houses in the community had collapsed and when he proceeded to the scene the two persons had been trapped.

He said the bodies of the deceased have been deposited at the morgue by the officials of the National Disaster Management Organization (NADMO) and the Police.

The Assembly Member, therefore, cautioned people living in such dilapidated structures to relocate with the immediate effect to avoid future occurrences.

He explained that measures are being put in place by authorities of the community and NADMO to pull down all dilapidated structures in the area, adding that there’s a need for massive demolition exercises to protect lives and properties he added.