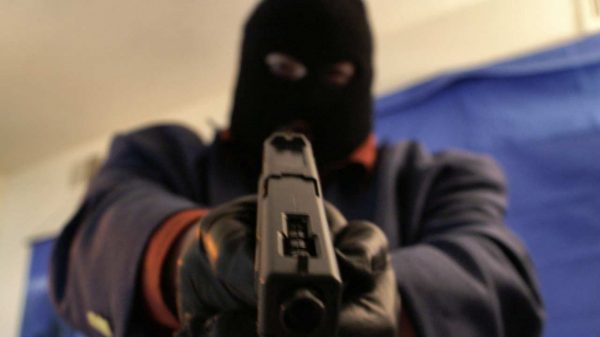 Some gunmen have stormed a busy area near the O.A bus terminal in Sabongari, a suburb of Bawku, and shot indiscriminately injuring two people.

Sources say, a parcel of land estimated to accommodate two “container stalls” has been in contention between two families in Sagabo and Sabongari.

Multiple accounts point to an attempt to develop the said land this morning by one of the feuding factions. This move generated heated exchanges but calm was later restored and people went about their normal market day activities.

It, therefore, came as a surprise when some unidentified men went berserk and opened fire, shooting sporadically as people struggled to flee the chaotic atmosphere.

An Auto Rickshaw (Mahama Can Do) rider whose name was given as Mohammed, in his late twenties was caught in the frenzy as he parked on the shoulder of the road at a popular waakye joint.

He sustained serious head injuries and was rushed to the Presbyterian Hospital, where doctors on duty made frantic efforts to resuscitate him. But he was later pronounced dead at about 17:20 hours.

Another person who was hit in the lower abdomen was treated and discharged.

The close proximity of the disputed land to Sagabo ( A Mamprusi neighborhood) and Sabongari (Kusasi suburb) has raised tensions as many people fear this could ignite the infamous conflict in the area since the two claimants to the disputed parcel of land belong to both ethnic groups.

The police have however allayed these fears saying that this incident should be treated as an isolated one.

Mohammed has since been laid to rest at his hometown, Dabilla in the Garu district in line with Islamic principles.