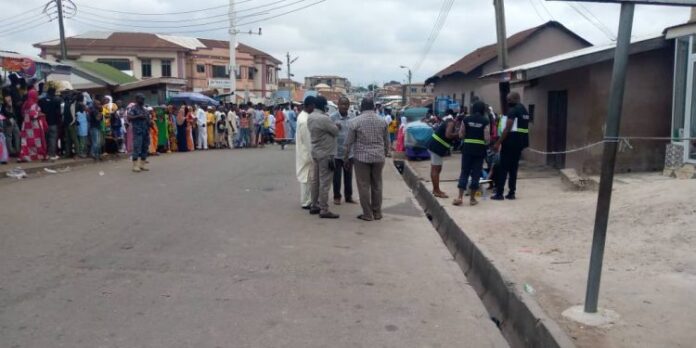 One person is dead while another is injured after being hit by a stray bullet at Aboabo Number Two in the Asokore Mampong Municipality of the Ashanti Region.

According to an eyewitness, the incident happened when a group of gun-wielding youth in the area were firing warning shots as part of the Eid-ul-Adha celebrations. The deceased died immediately.

Reports say the other victim is currently responding to treatment at the Manhyia government hospital.

The incident happened shortly after Eid prayers on Tuesday, July 20, 2021.

Meanwhile, the scene has been cordoned off for investigations as the Ashanti Regional Crime Scene Management team arrived a short while ago.

A/R: 2 gamblers arrested for gambling in classroom at Aboabo