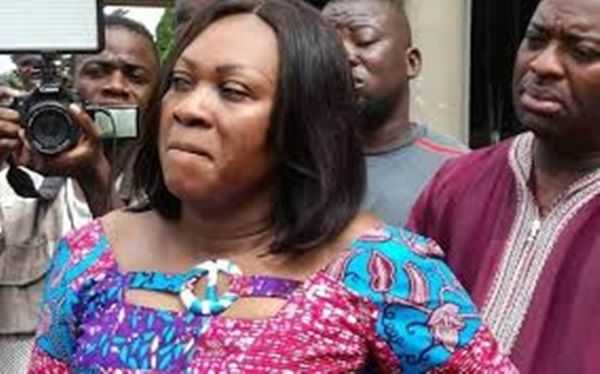 Fishermen in Elmina in the Komenda Edina Eguafo Abrem District in the Central Region have apologized for rejecting some food items provided by the Minister of Fisheries and Aquaculture Development, Mavis Hawa Koomson.

In an interview with Kasapa News the Elmina Best Fisherman John Badu condemned the hostility from his colleague fishermen against the Minister and apologized to her.

“This is unfortunate and we are really sorry for what happened. It’s a poor spectacle and I condemn unequivocally the behaviour of the fishermen. She’s our mother and I plead with her to forgive us.”

The angry fishermen jeered and booed at the Minister and her entourage who had packed bags of rice and gallons of cooking oil ready for distribution to them.

They chanted indicating their protest. “Yeengye oooo yennngye oooooo,” meaning, “we will not accept them, we will not collect them.”

The Minister’s entourage had no option than to pack the items back into a waiting pick-up truck.

Not even the intervention of the Omanhen of the Edina Traditional Area, Nana Kwodwo Conduah, could change the minds of the fishermen.

The Fishermen contended that Madam Koomson abandoned them when the season was closed for a month and did not see the need for the supposed kind gesture from the Minister after they had endured the season which is almost over.

2020 Election: Fisherfolks advise politicians on what can win their votes