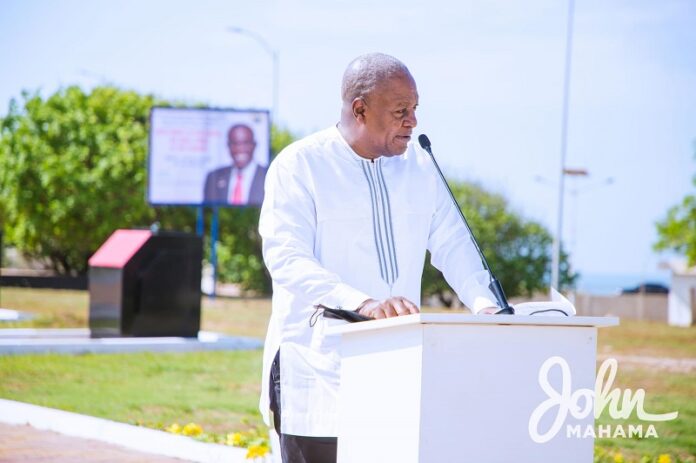 According to him, ex-President John Mahama has done nothing to honour the memory of his former late boss under whom he served as Vice President,

His comment follows the National Democratic Congress (NDC) on Saturday, July 24, commemorating the ninth anniversary of the demise of Professor John Evans Atta Mills, the third President of the Fourth Republic of Ghana.

A wreath-laying ceremony was held at his resting place, Asomdwee Park, near the Osu Castle, in Accra at 0700 hours

But in an interview with Okay FM monitored by Kasapafmonline.com Monday, Koku Anyidoho who was the Director of Communications during the Mills Administration stated that ex-President Mahama while in office did nothing to ensure that the resting place of his former boss, was put in good shape.

“I won’t go into details but we tried and tried. I will state publicly that John Mahama refused to rebuild Asomdwee Park. Out of millions of Ghanaians Late Prof. Mills picked you to be his running mate, we sold our manifesto and the millions of Ghanaians voted for President Mills to be the President and you became his vice. He passed on and you became President, I’m asking what has John Mahama done to honour the memory of late ex-President Attah Mills”?

Koku Anyidoho appealed to President Akufo-Addo to honour his promise of fully rebuilding the Asomdwee Park, adding that it will be great to have the park ready by the late Prof. Mills 10th anniversary to enable him to add that to his legacies.

Prof Mills died, while in office, on Tuesday, July 24, 2012, at the 37 Military Hospital, three days after his birthday.