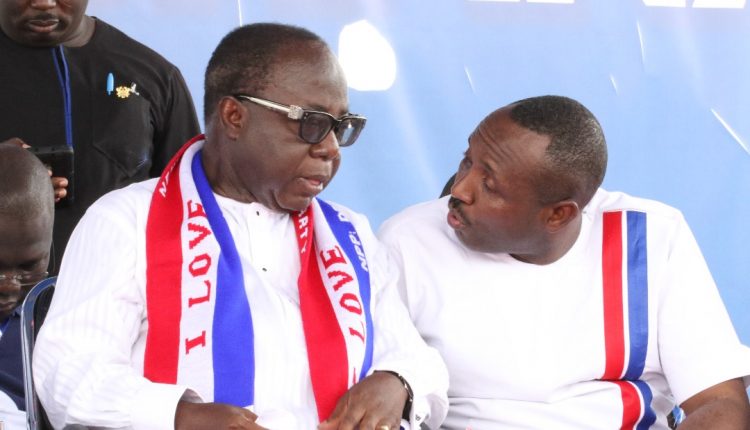 The ruling New Patriotic Party has inaugurated the “Constituency Officers Welfare fund” to mobilize resources to improve welfare of the constituency executives of the party.

The constituency officers’ welfare was birthed by the Constituency chairmen of the party across the country and has been co-opted by national executives.

The interim National Chairman of the NPP Constituency Officers Welfare Dr. Akyea Darkwa also the Asuogyaman Constituency Chairman said the welfare is to serve as a special purpose vehicle to create a dedicated fund to address challenges at the base of the party to reduce overdependency on national executives and the Presidency.

According to him, the Welfare is structured to be financially sustainable to span many governments to help strengthen the base of the party.

“Some of us when we came into the seat we identified that there were so many challenges that were bedeviling the base of the party and we saw that most people are expecting that the Presidency or the government solves all our problems for us which we know is impossible. So we decided that there are some of the challenges that we can solve ourselves so why don’t we do it. so we solicited ideas from the Constituency chairmen for this welfare fund,” Dr.Akyea Darkwa said.

Inaugurating the Welfare in Koforidua Saturday, July 17,2021, the national chairman of NPP Freddy Blay said welfare scheme has always been part of the NPP tradition however regretted that the party has overly fixated on securing power in the fourth republic, therefore, lauded the creation of the new welfare.

He said strong and sustainable financial resources is critical to the success of every political party therefore in pursuit of the “breaking the 8” agenda, Constituency Officers’ welfare has been timely.

“In many other countries in the world- South Africa, Germany, in Morocco the parties are able to organize themselves such that they get themselves involved in commercial activities. To help assist each other when in problem. We don’t expect a party to be sustained from the Central government’s coffers, no. Ideas can be developed such that the party will have resources from ourselves and from our networks”.

He added “we must put Ghana first as a party to build a sustainable future. That is why we should discuss the welfare because it is linked to the survival of members of the party if the party remains unattractive because it is not in the position to help its members , if a party is unattractive because you who are members of the governing party can’t take care of yourselves or can’t be assisted to take care of members of the party and others it is difficult to sustain the party. It is important that we see ourselves as selfless; selflessly to build our party, selflessly for the welfare of the people”.

The Vice President Dr.Mahamudu Bawumia said in a speech delivered on his behalf by Fred Oware, a former National Vice Chairman of the NPP that good governance and unity can retain the party in power beyond two terms.

He pledged his full support to the Constituency welfare.

Dr. Samuel Annor who also delivered a solidarity message on behalf of Alan Kyeremateng stated that the welfare fund is apt and must be structured to live up to its intended purpose of helping the part take care of its members in need at the base.

The Eastern Regional first Vice Chairman of the NPP Alhaji Umar Bodinga on behalf of the regional executives across the country proposed that they must be enrolled into the scheme to broaden the scope of the welfare for optimized outcome.