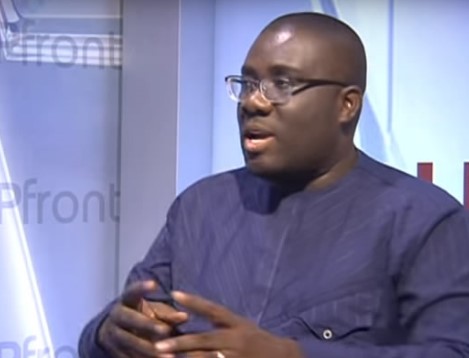 The National Organizer of the ruling NPP, Sammi Awuku has been appointed as the new Director-General of the National Lottery Authority (NLA).

Awuku is taking over the operations of the authority from the former Director-General, Kofi Osei Ameyaw. The latter was directed by President Akufo-Addo in March to hand over to the Finance Director, Ernest Mortey, after his one-year contract elapsed in February.

His appointment has been approved by the Council of State as required by law, Accra-based Asaase Radio has reported.

Until his appointment, Sammi Awuku was the Board Chairman of the Youth Employment Agency (YEA). He’s expected to resign as National Organiser of the ruling party to enable him take up the new role.

Awuku, who is greatly admired for his passion and commitment to the NPP faithful, is a product of St. Augustine’s College, Cape Coast. He is highly regarded for his work towards strengthening democratic governance and promoting youth empowerment, as well as his public sector management and institutional governance skills.

He holds a Master’s degree in international relations from the Freie Universität Berlin in Germany, a certificate in public leadership from the Kennedy School of Government at Harvard University in the United States and a diploma of higher education in law from the University of London.

Until recently, he was director of strategy and innovation at April-June Co Ltd in Accra and also a director of the Brain Hill International School. He has also served as a board member of the Accra City Hotel from 2017 to date.