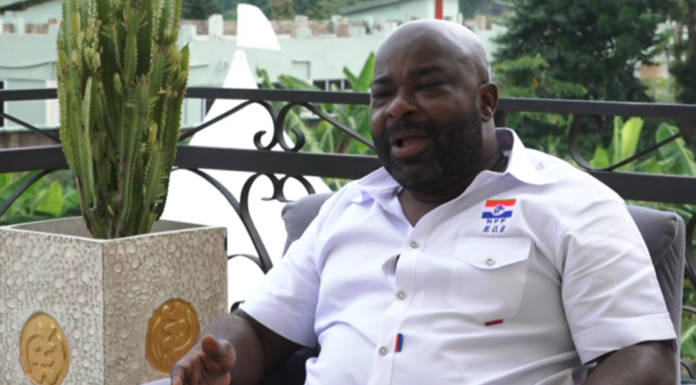 The Member of Parliament for New Juaben South Micheal Okyere Baafi has threatened to shut down all noise-making churches, drinking bars and pubs in the Constituency.

Noise pollution remains a serious challenge in New Juaben South Municipality. Whereas information centres have sprung in many Communities making lots of noise, the streets and markets have been saturated with preachers who mount public address systems throughout the day to evangelise with raucous noise.

Some Churches, drinking spots and pubs in the residential areas are also fond of breaching the permissible ambient noise levels, particularly in the evening disturbing the sleep of residents.

However, at a town hall meeting in Koforidua, residents complained bitterly about the increasing noise pollution in the Municipality and pointed out some Churches and pubs as notorious for these noise infractions.

The MP in a reaction hinted of imminent clamp down on such activities.

“We all believe in worshipping God but it doesn’t mean you should disturb the sleep of others while worshipping. You want to worship your God, someone to wants to sleep. What I’m saying doesn’t mean I hate Churches or will go to hell. But if you won’t sleep and will pray, know that some people too want to sleep so don’t disturb them. I want to assure you very soon we will launch an operation in Koforidua”.

He continued “We will go out there to shut down many things. Many big men in the Municipality similarly complain to me about the increasing noise pollution that disturbs their sleep at night. They say Methodist school park, there are some three prayer warriors who disturb at night. This stupidity won’t be entertained. Those of you who attend churches, tell your pastors that worshipping God in blaring noise is not Christianity. I want to assure you that we will talk to them but if we talk to them and they still disregard our advice we just shut down the church. Not only churches but the drinking spots, pubs disturbing people in Koforidua we are not going to sit down for these things to happen,” he warned.

The Gyaasehene for New Juaben Traditional Area, Nana Twumasi Darkwa backed the MP for this action.

“This is what’s expected of every MP, some MPs don’t have time for their constituents to even listen to their problems and help them out. So what Hon. Baafi is doing will help him to address the challenges confronting his people when he goes to Parliament. He has the backing of Nananom.”

The Municipal Chief Executive for New Juaben South Municipality, Isaac Apaw Gyasi said the effective collaboration and support with stakeholders and residents is critical to the transformation agenda of the Law Maker.

“If MCE, party constituency chairman come together to help the MP in his work it brings development to the Municipality and this is what we are doing to support Hon. Michael Baafi to transform Koforidua and its environs,” he noted.

Special Voting: 145 fail to show up in New Juaben South