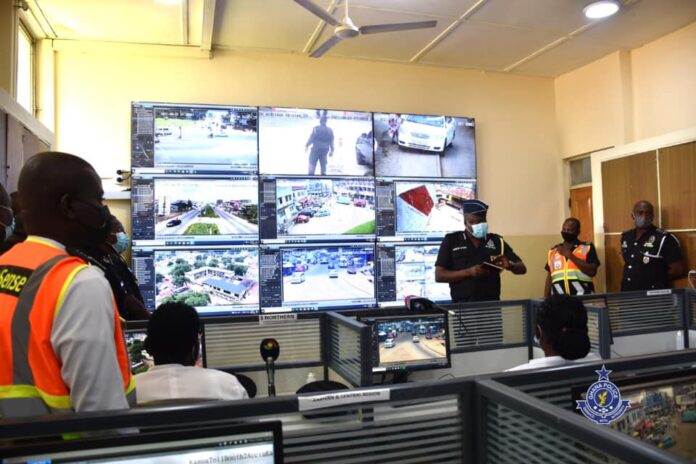 The Ghana Police Service has started the prosecution of 252 people whose vehicles have been captured by special police monitoring cameras across the country for traffic violations.

The special cameras, which are installed at all traffic intersections and vantage points throughout the country as part of the Traffic Monitoring and Surveillance Centre, captured the offenders within the last two weeks.

The centre is manned by officers of the Motor Traffic and Transport Department (MTTD) of the Police Service.

The Director-General of the MTTD, Deputy Commissioner of Police (DCOP) Mr Francis Aboagye-Nyarko, who disclosed this at a media interaction in Accra yesterday, said videos of the activities of the offenders would be used as evidence against them in the course of the prosecution.

He said details of the vehicle owners, such as their names, telephone numbers and addresses, the chassis numbers of the vehicles, were obtained from the Driver and Vehicle Licensing Authority (DVLA) to aid in tracing the culprits.

He said the surveillance centre, which was a flagship project of the new Police Administration, led by the acting Inspector-General of Police (IGP), Dr George Akuffo Dampare, “is to fight indiscipline among road users and reduce to the barest minimum the carnage on our roads”.

The centre, DCOP Aboagye-Nyarko said, captured the entire road network within the country, as special cameras had been installed at traffic intersections, highways and other vantage points throughout the country.

“All offences are immediately detected and the jurisdiction notified, and that helps track the vehicle. This will help clear our roads of miscreants who do not comply with road traffic regulations,” he said.

“Wherever you are, you cannot hide if you violate any of the traffic regulations. You will be arrested,” DCOP Aboagye-Nyarko warned.

The General Supervisor of the Traffic Monitoring and Surveillance Centre, Chief Inspector Joseph Zanu, said trained officers of the centre monitored all activities of road users and traffic situations for any breaches of road traffic regulations across the country, 24 hours, seven days.

Prosecution to amend charges against Owusu Bempah, four others today