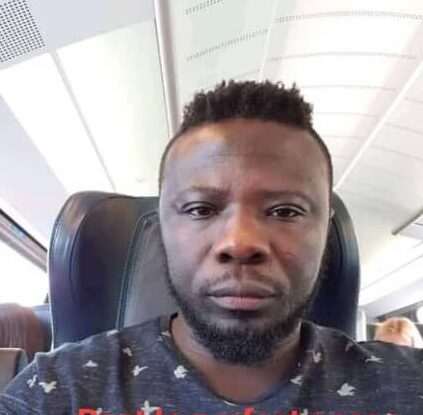 A Proprietor of a Private Basic School and owner of a football academy has been shot dead by unknown assailants at Pokrom, a peri-urban community in the Akuapem South District of the Eastern Region.

The deceased, 35, has been identified as Frederick Kwaku Ohene Gyan, alias Obroni.

A resident in the community told Kasapa News “the victim was a Proprietor of a private school at Kwamekrom near Obodaka with football club call Bright stars. He has built his house at Pokrom. He was shot Friday about 10:00 pm while entering his room upon return from town by some gunmen. Nobody can tell if the gunmen were hiding in the house or what. Nobody knows”.

He added “There is chieftaincy dispute in this area so intermittently we hear gunshots so when this happened people thought it is normal warning shots relating to chieftaincy issues. But later, Doris Ansabea, an occupant in a house closer to the victim’s house heard someone screaming for help and when they got out they saw the victim in a pool of blood crawling and gasping for breath. So the woman called for help and the victim was rushed to Nsawam government Hospital but pronounced dead after two hours. He was married to a Chinese who has traveled to her country”.

Instant Investigation conducted by the Aburi Police Patrol team that rushed to the scene revealed an empty pistol shell at the back of the house and bloodstains from the entrance of the house to the sitting room.

Police investigators also found a Smith & Wesson pistol, an empty magazine disengaged from its chamber and an Apple phone, and a pair of trousers soaked in pool of blood.

The Police investigators also noted that the victim managed to crawl for a distance of about 150metres from his house to the adjacent house shouting for help.

Police proceeded to the hospital morgue where the body was examined and found suspected gunshot wounds on the right thigh.

Confirming the incident to Kasapa News, the Public Relations Officer of the Eastern Regional Police Command DSP Ebenezer Tetteh said investigation is ongoing adding that the scene of the crime has been preserved whilst effort is underway to get crime scene experts to visit and assist the investigation.

He requested residents and family members to cooporate with police to help smoke out the suspects.

BAWKU: One killed, another injured in gunmen attack