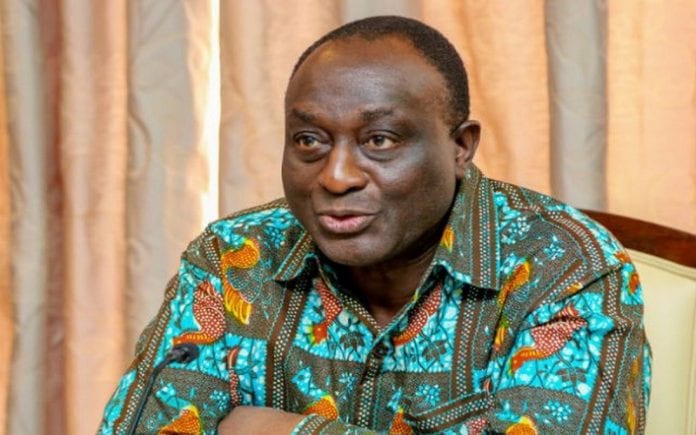 Trade Minister Alan Kyerematen has condemned the violence involving some supporters of the ruling New Patriotic Party in the Suhum constituency of the Eastern region.

Bernard Kwasi Amoani, 51, sustained a deep cutlass injury in the head in the melee while Alexander Odei also suffered a minor injury on the upper lip.

The chaos was triggered when Frank Asiedu Bekoe, popularly known as Protozoa eyeing to unseat the incumbent Member of Parliament Boafo Kwadwo Asante, and some party communicators and Serial Callers attended the funeral of the late father of one of the communicators identified as Opare on Saturday, August 28, 2021.

In a statement, Mr Kyerematen said: “the incidence of reported violent clashes between supporters of our great party, the New Patriotic Party (NPP) in the Suhum constituency of the Eastern Region on Saturday, August 28, 2021, is most unfortunate and must be condemned by all well-meaning Patriots.

“Rumors currently circulating on social media that the clash was between my supporters and those of our Vice President are not only completely false, but mischievous and have been contrived to bring both the Vice President and my good self into public ridicule. I condemn without reservation this barbaric act of some members of our great party”.

The statement further noted: “I believe strongly that any disagreement whether relating to a contest for position or differences in ideas and opinions should not be manifested in such violence in a party such as ours. The ideals of our party and tradition call for peaceful and harmonious coexistence and our motto, (Development in Freedom), has no place for violence.

“I, therefore, urge the Suhum Constituency Executives, the Eastern Regional Executives as well as the National Executives of the party to take immediate steps to resolve the differences between the two feuding sides to restore peace and discipline in the party”.

BAWKU: One killed, another injured in gunmen attack