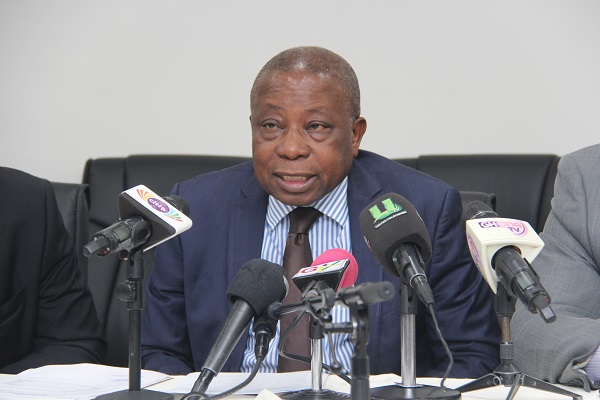 In a statement, OccupyGhana said the Health Minister must step down from office with explanations on timelines for a full refund of money already expended on the controversial deal.

“While calling for this resignation, we also believe that Ghanaians ought to be told which other officials were involved in the processing and paying the monies, without demanding and seeing the requisite approvals; those officials ought to be similarly sanctioned. Also, Ghanaians should be told when we expect to receive a full refund of the outstanding amount from the recipient,” the statement demanded.

It wondered why the Ministry of Health, Ministry of Finance, Controller and Accountant-General, and Bank of Ghana would payout government monies without seeing or demanding to see any of the stated approvals.

It said for the Minister to sidestep the statutory processes and take a unilateral decision in the supposed emergency period, there ought to be some ramifications for his actions.

“It is on the basis of the foregoing that we demand that the Health Minister resigns from office. Even if he meant well under emergency circumstances, those did not justify bypassing our constitutional and statutory processes. If the Health Minister does not resign of his own accord, then we call on the President to relieve him of his post”, the statement further added.

Meanwhile, Mr Kwaku Agyeman-Manu is demanding a refund from the middleman, Sheikh Al Maktoum for some 300, 000 Sputnik V vaccines that were never supplied.

In a letter dated August 02, 2021, the Health Minister stated “By this letter, I also wish to formally request for the refund of the remaining amount for the non-supplied doses, which should be the total amount paid to your office, minus the amount due for the 20,000 doses you already supplied, in line with your earlier e-mail dated 25th July, 2021, in which it was affirmed that on the 13th April, 2021, funds were transferred into your accounts as fifty percent (50%) advance for the initial batch of 300,000 doses.”

The Health Minister has been under intense pressure after the botched agreement for the supply of Sputnik V vaccines with Sheikh Al Maktoum who acted as a middleman.

After presenting Ghana with 20,000 doses of the vaccine instead of the initially agreed doses of 300,000 for the first batch, the deal was subsequently terminated.

The Minority in Parliament on Friday demanded the dismissal of Health Minister Kwaku Agyemang Manu over breaches in the procurement of Sputnik V vaccines through middlemen.

A report from parliament’s Ad hoc committee investigating the matter indicted the Health Minister of failing to seek parliamentary approval among others.