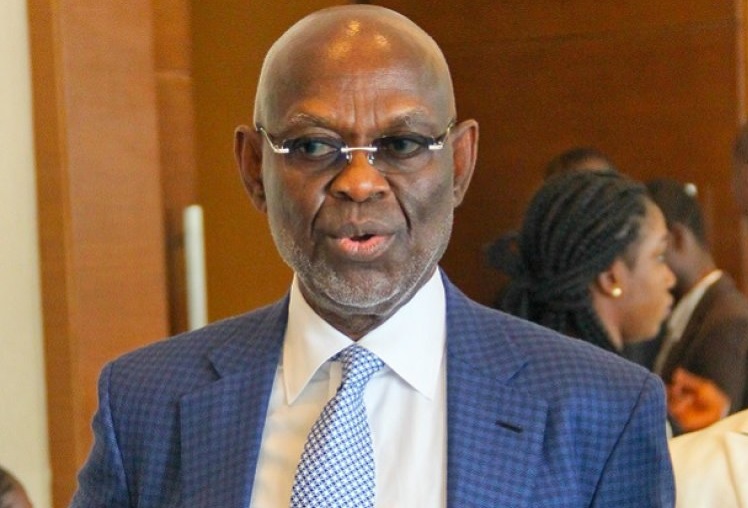 Former Minister of Finance under the erstwhile Rawlings administration, Prof. Kwesi Botchway has asked the Akufo Addo government to return to the International Monetary Fund(IMF) for the country’s debt relief.

According to him, there’s no question we are in a fiscal crisis, adding it will take a combination of things to get the country out of the crisis.

“One, more Euro bonding, two, debt forgiveness, three, another IMF bailout of some sort and four, further taxation. You can see it happening already, what were once upon called nuisance taxes are back. But in all this, the hardship that the ordinary person faces will have to be addressed and ways found to cushion the impact of the fiscal consolidation,” Prof. Kwesi Botchwey told Original TV monitored by Kasapafmonline.com.

The Finance Minister, Ken Ofori Atta during the presentation of the Mid-Year Budget Review last week provided what he said was evidence to back its claim that the Ghanaian economy has started recovering from the shocks it suffered as a result of the Covid-19 global pandemic.

Growth averaged 7% in the 1st three years of the Akufo-Addo administration until Covid hit and slowed it down to about 1% in 2020. Prior to this slowdown, about 3 million jobs were created while private sector also expanded and created more jobs.

While the predicted economic slowdown has caused discomfort for some Ghanaians, government says early evidence in the 2021 macro data shows the recovery borne out of its interventions have started bearing fruits.

Minister for Finance, Ken Ofori-Atta said this during his presentation of the mid-year fiscal policy review to Parliament on Thursday, July 29, 2021. He said government’s transformation agenda is “very much on course.”

Data from the Ghana Statistical Service (GSS) indicate that the Ghanaian economy expanded by 3.1% in the first quarter of this year, the lowest since the same period in 2019. The Bank of Ghana Composite Index of Economic Activity (CIEA) attests to the strong growth recovery, with the index growing at 33.1 percent at the end of May 2021 compared to a contraction of 10.23 percent at the end of May 2020.

According to the Minister, it is in view of this that the GhanaCares Obaatanpa programme was launched in November last year with an audacious GH¢100 billion revitalization of enterprise support scheme.

The first phase of the programme which was rolled out last year builds on actions already taken by government, including stabilization of the economy, ensuring food security, support businesses and workers, strengthening the health system and passage of legislation to facilitate quick economic recovery.

The second phase, which aims at revitalizing and transforming the economy from 2021-2023 will focus on supporting commercial farming and attracting educated youth into agriculture, building Ghana’s light manufacturing sector and several other sectors.

This the Minister said: “since the turn of this year, we have been purposefully pursuing the second phase of the Ghana CARES programme to revitalize the economy and set it on track for transformation. As already articulated, our approach under this programme is to revitalize the private sector in targeted sectors to fast-track competitive import substitution, export expansion and the creation of decent jobs for our youth in a commercial environment that is increasingly regionally integrated.”

He said to fully operationalize the programme, government has put in place a well-thought-out implementation and coordination framework with a functional and staffed GhanaCARES Coordinating Office within the Ministry of Finance.

Additionally, he said a GhanaCARES Delivery Units (including sector specialists from the Private Sector) have been activated in all participating Metropolitan and District Assemblies (MDAs).