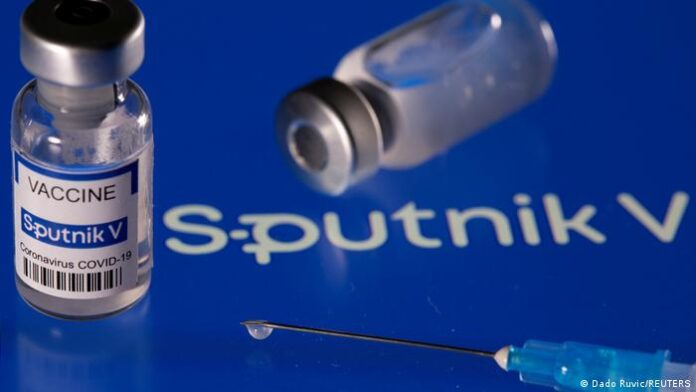 The Dubai-based businessman whom Ghana contracted to supply Sputnik V vaccines has agreed to refund an amount of over $2million to the State for 300, 000 doses he was unable to supply.

The development follows the underfire Minister of Health, Kwaku Agyemang Manu writing to the businessman to refund the money for the unsupplied doses.

The Parliamentary Committee charged to investigate the deal established that at least $2.8million representing 50% of the contract sum had been paid to the businessman despite the Health Minister’s insistence when he appeared before the committee that no money had been paid.

In a letter dated August 02, 2021 asking for the refund, the Health Minister stated “By this letter, I also wish to formally request for the refund of the remaining amount for the non-supplied doses, which should be the total amount paid to your office, minus the amount due for the 20,000 doses you already supplied, in line with your earlier e-mail dated 25th July, 2021, in which it was affirmed that on the 13th April, 2021, funds were transferred into your accounts as fifty percent (50%) advance for the initial batch of 300,000 doses.” 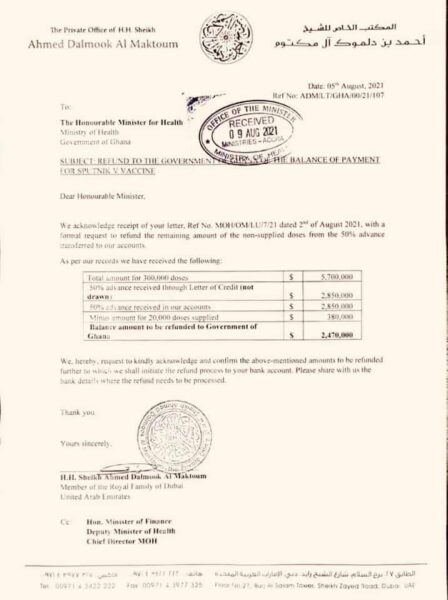